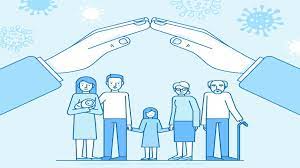 The woke brigade at Cheshire East social services are getting all worked up over the use of the ‘V’ word in nursing and care homes.

The fact that the V word is used daily by everyone, including government and the NHS, is considered irrelevant for those people on a mission – who’ve probably been working from home, throughout the lockdown, having ever more farcical thoughts about what’s acceptable and what’s not.

The dictionary confirms the V word is an adjective meaning: ‘capable of or susceptible to being wounded or hurt, as by a weapon’

Then again these people are changing our language so quickly who knows if the word will even appear in a dictionary next month.

And the V word?

Vulnerable – which has now been banned for use in care and nursing homes – as someone’s deemed the word to be labelling – which as an adjective I suppose it should be.

They that must be obeyed deem “At risk” to now be acceptable – but no doubt another six months and that will go the way of vulnerable.

I’ll continue to use the words vulnerable, blackboard, history, brainstorm and any other words which these self-appointed arbiters of the English language have deemed unacceptable.

One question though – who gives these people the authority to change our language on a whim – and more importantly why the hell do we all comply?