Don’t open your car door with the wrong hand! 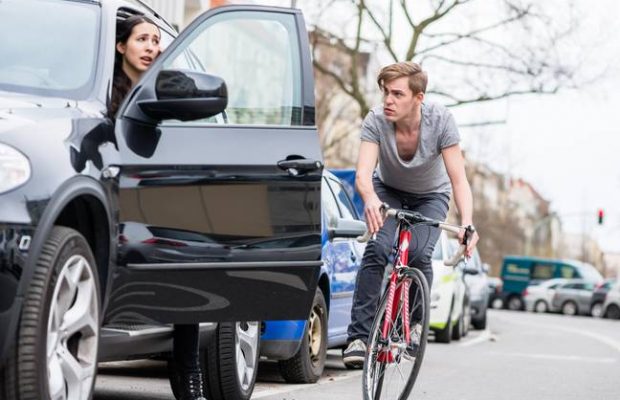 Drivers and passengers in the UK have been warned about Highway Code rule changes to how they open their doors.

New advice has been put in place to protect cyclists.

No, it’s not April 1st, cycling lobby have been flexing their muscles again, this time to bring in legislation relating to which hand you open your car door with.

Instead of opening a door with your right hand, the newly titled ’Dutch Reach’ means you should use the hand furthest from the door to open it – in a right-hand drive car, if you’re the driver, you have to use your left hand. On the passenger side – your right.

According to the lunatics now running the asylum, opening the door with the hand furthest away prompts a driver to turn their body towards the door and look over their shoulder as they go to leave their car.

I’ve been driving for 55 years and always check my mirrors, then over my shoulder, before opening my door. For some reason that doesn’t satisfy the cycling lobby – who I’m guessing will only be satisfied when all motorised traffic is banned from the highways.

The new section under rule 239 will now read: “Where you are able to do so, you should open the door using your hand on the opposite side to the door you are opening; for example, use your left hand to open a door on your right-hand side.

“This will make you turn your head to look over your shoulder. You are then more likely to avoid causing injury to cyclists or motor cyclists passing you on the road, or to people on the pavement.”

If you injure someone by opening your door you can be punished by a fine of up to £1,000 but no penalty points can be added to the offender’s licence.

It’s reported that extensive campaigning on the ‘Dutch Reach’ by Cycling UK has been key to the implementation of the new advice.

Cycling UK estimate that over 500 people in the UK are injured annually by motorists opening a car door into someone’s cycle path.

The issue was further brought into the public eye in 2016 when Chris Grayling, who was then serving as Transport Secretary, was caught knocking a cyclist off their bike when opening his door on Whitehall.

This technique is borrowed from the Netherlands, where it has always been used as standard for exiting a vehicle – hence the name, ‘Dutch Reach.’

The latest addition of the Highway Code and the legal enforcement of new rules, comes into force on Saturday 29 January.