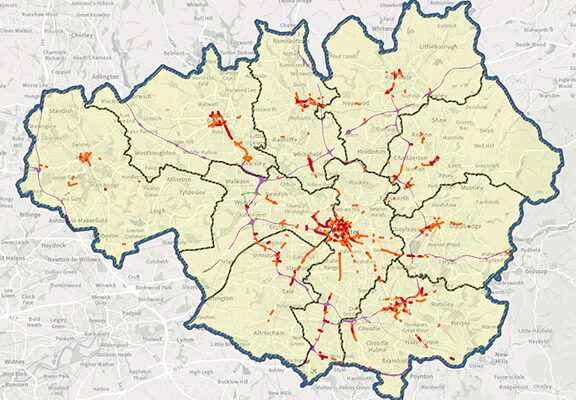 The new zone is 18 times the size of the central London zone and covers 3.8 million people.

It follows fears that many businesses will be unable to afford new, or upgraded, vehicles to comply with the strict emissions levels as part of the scheme – due to increasing costs of second-hand vehicles, and dwindling supplies of new vehicles owing to ongoing computer chip shortages impacting on car production.

A report to the Greater Manchester Air Quality Administration Committee last week set out evidence that global supply chain issues could increase the costs and reduce availability of cleaner vehicles.

It said more work is needed to understand whether this could create significant financial hardship for commercial vehicle users – already facing fuel and cost of living increases on top of the impact of the pandemic.

The first phase of the Clean Air Zone is due to launch in May 2022 and applies to buses, coaches, HGVs and taxi and private hire vehicles which are not registered in Greater Manchester.

The following daily charges are proposed for non-compliant commercial vehicles:

If the daily charge for a non-compliant vehicle isn’t paid, there will be a liability to pay a Penalty Charge Notice (PCN) of £120 in addition to the unpaid daily charge. This would be reduced to £60 if paid within 14 days.

The Zone would run seven days a week, 24 hours a day. It would be enforced by a network of Automatic Number Plate Recognition (ANPR) cameras and those vehicles liable to pay the charge would pay using the government’s online portal. Discounts and exemptions will be available for some vehicle types. Some exemptions are temporary, some are permanent, and some are for hackney carriages and private hire vehicles licensed with the Greater Manchester local authorities only.