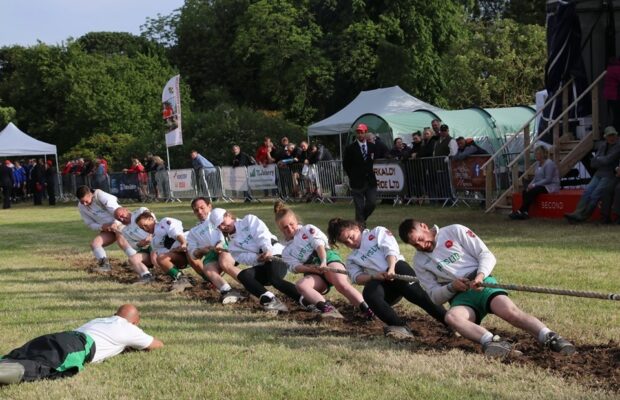 Bosley Tug of War Club will be holding its annual tug of war competition on Sunday 3rd April.

The competition, at Woodford War Memorial Community Centre, is run as part of the Tug of War Association’s national league and will see a number of teams from around the region and further afield taking part to compete in a number of weight categories for mens teams, ladies teams, mixed teams and junior teams.

Bosley go into the event after a successful winter season on the indoor circuit which saw the team win three gold medals at the national indoor championships.

“We are very much looking forward to hosting this event after missing out on hosting our annual April competition over the previous two years” commented club spokesman Alan Knott.

“We have previously attracted a good attendance of teams at events we held in previous seasons, and hopefully we will see a good number of teams competing at our event this time around”.

“A number of teams that will be competing at the event have won national and international medals over recent years, including teams who won medals at last years World Championships, so hopefully, with some good weather, it should be a great event.”

The event starts at 11 am. Spectators are encouraged to come along and support the teams and find out a bit more about what the sport is all about.

Entry for spectators is free.

A lot of the teams competing this weekend will go on to compete at the National Tug of War Championships on Saturday 18th June, in Bedford, before the World Championships in Holten, Netherlands in September.

Bosley Tug of War Club will also be helping to stage tug of war events at the Equine Lane Cheshire Horse Show on Sunday 29th May at Tabley House, and the Cheshire Game and Angling Fair at Peover Hall on Sunday 7th August, providing further opportunities to see Bosley competing at other local events later in the year.

The club has men and women of all ages and abilities – and all shapes and sizes – who train and compete with the team. The club are always looking for new members to join them – allowing the team to compete across a range of weight classes.

Anyone interested in finding out more about the sport, joining Bosley Tug of War Club, or anyone interested in sponsoring the club, please contact Alan Knott by phone/Whatsapp on 07976 591222 or e-mail alan_p_knott@hotmail.com or search for @bosleytugofwar on Facebook, Instagram and Twitter. Further information about the sport of tug of war can be found on the Tug of War Association web site at www.tugofwar.co.uk.