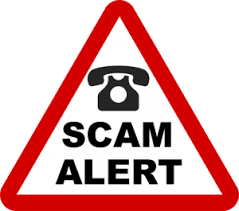 With the cost of living continuing to soar, Martin’s money-saving advice has featured heavily across the media, and scammers are trying to take advantage. Martin Lewis has nothing to do with these ads, so if you see them, report them. See what a typical fake Martin Lewis ad looks like here.

Travel Scams
Those looking to apply for the new global health insurance card (Ghic) may risk falling foul to a copycat website. Last year we found that three of six of the top search results on Google were firms charging for the card, which is free from the NHS. Some even bought adverts from search engines to allow them to appear at the top of the page. We also found opportunists selling international driving permits (IDPs) for Spain for $49.

That’s despite IDPs costing just £5.50 from the Post Office (and only needed for those with an old paper licence). Google says it blocked or removed more than 3.1bn ads last year, nearly 5,900 a minute – but more take their place.

Be wary of the boxed paid-for search-engine results – often the official site is the first or second non-paid link below.