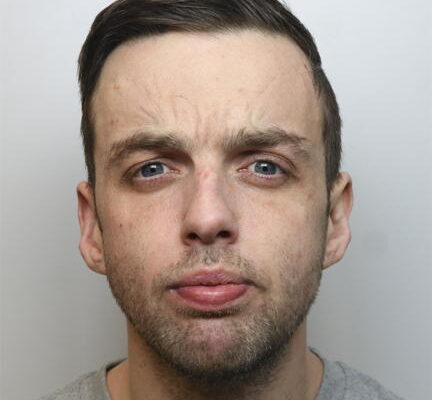 A prolific offender has been ordered to adhere to a strict Criminal Behaviour Order (CBO) for the next 10 years.

Dale Simpson, from Warrington, was sentenced to 69 weeks imprisonment for 20 vehicle crime offences and two handling offences committed in the Wilmslow and Warrington areas at on Wednesday 18 May. He pled guilty at an earlier hearing.

The CBO, which was applied for by local officers, prohibits the 32-year-old from doing any of the following:

•            To enter South Warrington, as defined by map for a period of five years between the hours of 8pm and 8am except for pre-arranged work commitments, course of education or medical appointment or emergency.

•            Wear any head or face covering when encroaching onto any residential property (not including his own) including, but not limited to; pathways, driveways or gardens in England and Wales (10 years)

•            Wear any head or face covering when encroaching on to any commercial property including, but not limited to; pathways, driveways, car parking (private or communal) and indoor or outdoor stores in England and Wales. (10 years)

•            Be in possession of any bank card, credit card or store card in public or private that is not in his name save unless formal written authority has been provided, with responsibility to prove this authority falling upon him. (10 years)

Chief Inspector Neil Drum said: “Simpson is a prolific offender who has brought misery to Warrington over a number of years.

“He has no remorse for any of his victims and thrives off his offending.

“This is a fantastic result which shows the tenacity of our officers who sought to stop Simpson in his tracks and secure this CBO.

“This is also an example of how our officers will use all the tools available to them to make the area a hostile place for criminals.”

If Simpson fails to comply with any of the conditions could see a penalty of five years imprisonment.

Anyone who encounters Simpson breaching any of the above restrictions is urged to contact Cheshire Police at https://www.cheshire.police.uk/tua/tell-us-about/soh/seen-or-heard/ or call 101, to report it.