Home / News / Bosley Tug of War aiming for the top

Bosley Tug of War aiming for the top 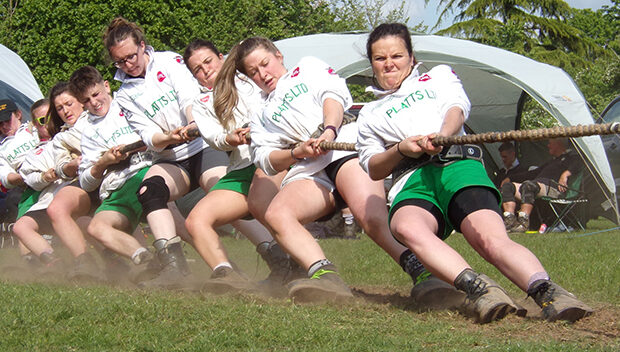 Bosley Tug of War Club will be competing at the event, which will see teams competing for the gold medals in different weight classes, looking for the top prizes.

Winning teams earn the right to be invited to represent England at the World Tug of War Championships which take place in Holten, Netherlands in September.

Bosley will be looking to be a competitive force at this years championships and hope to get to the semi finals in the weight classes that the team is entering which will enable to team to compete for gold, silver and bronze medals.

Bosley have been competing at weekly events leading up to the event, and have been making some finals in different weight classes over the course of the season, so are hoping to be in the mix on championship day.

“We have been competing well this year, and have improved greatly since last year” commented club spokesperson Alan Knott.

“We have picked up a number of new members over the course of the past 12 months or so, so it is great to be in a position to be challenging for national medals again this year”

“Should we win the national championships this year, then we would be eligible to represent England at the World Tug of War Championships in September, which would be a very special moment for our club because it has been a few years since we last represented England at an international competition and it would be fantastic to be able to do so again, but we know that we face some tough competition on the day and hopefully we will be close enough to make a good challenge for the top spots”

“it is fantastic to have a ladies team competing for the club for the first time this year, and whilst we are not expecting to win the ladies competitions, we hope our female members gain some good experience from the event as we build the team for the future”

The Tug of War Association is the governing body for tug of war in England and are keen to emphasise the positive side of tug of war as a true team sport that is open and accessible to all.

“The TOWA are always looking to encourage new teams and individuals (male and female) of all ages into the sport, so if anyone locally wishes to give tug of war a go, then they should get in touch with us to find out how to join in with a training session”

Further information about Bosley Tug of War Club can be found on social media by searching for @Bosleytugofwar, or contact Alan Knott on 07976 591222 to arrange to join a training session.