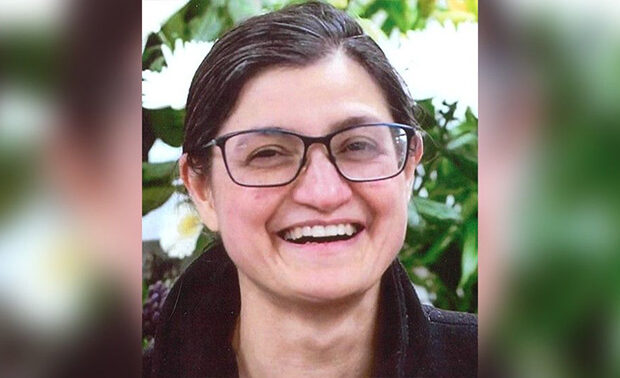 Above: Lakshmi Basford was a “beautiful, kind and gentle lady”, her family said

A driver who killed a woman after veering on to the wrong side of the road on Christmas Day has been jailed.

Nathaniel Ritchie, 34, was speeding when he crashed into another car being driven by 46-year-old Lakshmi Basford in December 2019, Cheshire Police said.

Ms Basford died at the scene on Macclesfield Road in North Rode.

Ritchie, of Prestwich, was found guilty of causing death by dangerous driving and jailed for three-and-a-half years at Chester Crown Court.

Police said Ritchie was driving on the A536 to buy soft drinks when he realised the shop he was heading to was likely to be closed.

He turned around and travelled at speed on a left-hand bend, veering into the opposite side of the carriageway, and hit Ms Basford’s car, the force said.

PC Nick Anderton, who led the investigation, said: “Christmas Day is a time for celebrating and being with your family.

“Sadly Lakshmi’s family will never be able to experience this again due to Ritchie’s reckless actions.”

He said he hoped knowing Ritchie was behind bars would give Ms Lakshmi’s family “some comfort” as they “continue to deal with the devastating outcome of this heart-breaking incident”.

Following the sentencing, Ms Lakshmi’s family said no sentence could “ever reflect the loss we continue to suffer”.

“Lakshmi was such a beautiful, kind and gentle lady who had many years of life to live.

“Our lives will never be the same and we miss her greatly.”