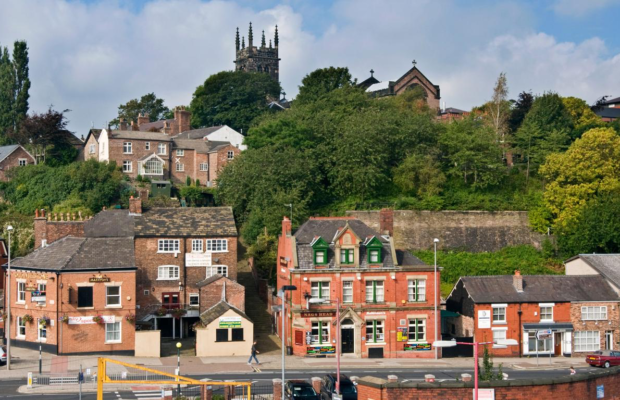 Extra powers have come into force giving police and some authorised officers extra powers to deal with anti-social activity in Macclesfield.

People drinking alcohol in public places in Macclesfield, urinating in public, or committing other indecent acts could now face heavy fines of up to £1,000 after the introduction of a public spaces protection order (PSPO), now approved by Cheshire East Council.

The order does not apply to drinking in areas where a pavement licence is in place.

Over the next few weeks, Cheshire police officers, alongside council community enforcement officers, will have a visible presence in the town to engage with members of the public about the new order and bring these new powers to their attention.

Signs will be placed at various locations warning of the penalties and the nature of activities included in the order, which is a response to increasing complaints from residents and local councillors about the number of incidents, including drinking in public places.

They will have the power to request that alcohol, in a sealed or unsealed container, is handed to them if they suspect it is likely to lead to a public nuisance or disorder. Fixed penalty notices of £100 could be handed out for failure to comply with this request or for any breaches of other parts of the order.

Repeat offending, or failure to pay, could lead to prosecution at magistrates’ court, with potential fines of £500 or £1,000 according to the nature of the offence.

Councillor Mick Warren, chair of Cheshire East Council’s environment and communities committee, said: “Macclesfield is a great town and we want our residents and families to be able to walk around without encountering excessive drinking or other anti-social activities they could find intimidating and offensive.

“We have worked with Cheshire police and local ward members to bring this forward and we hope that the signage that is being put in place will send out the message that anti-social behaviour, in all its forms, will not be tolerated.”

Macclesfield central ward councillors Liz Braithwaite and Ashley Farrall said: “For a number of years we have listened to residents’ concerns and witnessed ourselves the issue of on-street drinking and associated anti-social behaviour, particularly around Exchange Street and the Market Place.

“This order, which we’ve been working on for the past year with local businesses, police and the council enforcement team, will give police the power to act to prevent this type of behaviour for the whole town centre, making it a safer and more pleasant place for everyone.”

Inspector Andrew Baker, deputy anti-social behaviour lead for Cheshire police, said: “Macclesfield police fully support the public space protection order that has been obtained for the town centre. It is extremely important that the local community and visitors alike can visit, work or travel through the town and feel safe.

“This order allows the police and council to work in partnership to tackle anti-social behaviour and make Macclesfield an even safer place.”

Cllr Warren added: “This public space protection order is fully in line with council policy and our corporate plan – to use our full range of education, engagement and enforcement tools to protect our communities. One of our key priorities is to make our neighbourhoods ‘welcoming, safe and clean’.”

The PSPO for Macclesfield was formally approved by committee on 1 July and the order came into force on 18 July. It could be active for three years and extends from Hibel Road, in the north of the town, to the junction of Silk Road and Old Mill Lane, to the south.