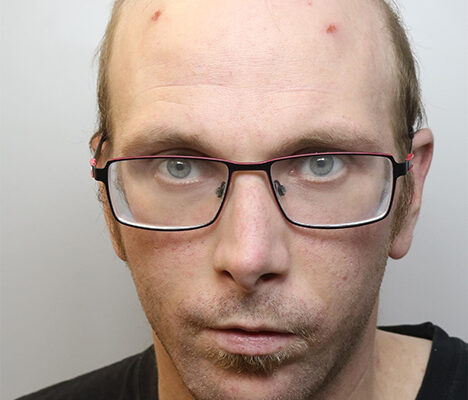 A man has been jailed after attempted to meet young girls for sex in Macclesfield.

Nicholas Tarbard, 35, of no fixed address, appeared at Chester Crown Court on Friday 15 July where he was sentenced to four years imprisonment and four years on licence after pleading guilty to four counts of attempting to engage sexual communication with a child and attempt to arrange to facilitate child sex offence at an earlier hearing.

The court heard how Tarbard had been speaking to who he thought were three young girls aged 11, 12 and 13 on social media

Tarbard had several conversations with each of them, many of a sexual nature and he had requested inappropriate images of them. He had even sent indecent images of himself during the conversations.

On Sunday 18 July, 2021, Tarbard had arranged to meet up with who he thought to be the youngest girl, aged 11, at Macclesfield Crematorium. However, unbeknown to Tarbard, he was speaking to three adults acting as decoys.

Tarbard was waiting at the Crematorium when he was confronted by the decoys who then called police. When officers arrived at scene, they searched Tarbard who was in possession of a hunting knife, a screwdriver, two pairs of scissors, sex toys and a condom.

During questioning, he answered no comment to everything posed to him by officers, even when shown messages that he had sent to the three different decoys.

He was arrested and subsequently charged with arranging the commission of a child sex offence and possession of a bladed article in a public place.