Home / News / Craig is fighting for his life

Craig is fighting for his life 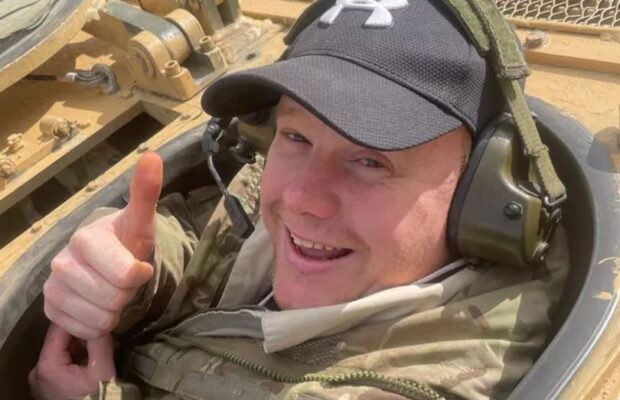 Craig Williams was hit by a car as he made his way home (Image: Chris Wilcock)

A Go Fund Me fundraiser has been set up to support Craig Williams and his family after he sustained serious life-threatening injuries in a collision while walking home in from a pub.

Craig Williams was heading back to his house after celebrating winning a pool game at the pub when he was hit by a car at at Broken Cross, Macclesfield at around 11.30pm on Thursday, November 3.

The 40-year-old sustained multiple life-threatening injuries and was rushed to hospital, where his devastated wife Louise has been holding a daily bedside vigil.

Craig, from Macclesfield, has a daughter, 10, and a son, eight from his first marriage. The ramp and baggage agent for Jet2 at Manchester Airport has been married to Louise for just over three years, having been together for six years.

Louise, a domiciliary complex care worker for Care at Home, has been making daily trips from their home in Macclesfield to Manchester to be by Craig’s bedside, sometimes accompanied by friends and relatives.

Louise said: “You don’t expect this to happen to you. It’s the one phone call that everyone dreads. Craig loves playing pool every week and he was in a great mood that night as he had actually won against one of the best players.

“It’s hard to put into words how he’s doing now. He’s fighting for his life and in a critical condition. He’s been put into a medically-induced coma.

“Until he comes round we don’t really know anything but we know that because of his injuries he’ll need rehabilitation. He won’t be able to use crutches due to his injuries and so he may need to use a wheelchair.”

She added: “Everybody asks me how I am doing and I can’t really answer. I don’t know. It’s like my world’s fallen apart and it’s stopped and feels like a dream.

“I work in care and when I’m at work I put on a brave face and go and deal with it and then I come home and cry. Underneath, it’s breaking my heart.”

Talking about her husband’s big personality, she said: “He is a larger than life character and he always tries to be happy.” Louise added: “I have told him that when he comes home I will never complain about him snoring again”.

Louise said she was touched to see friends and colleagues coming together to support them, including their friend Lee Holmes and Craig’s colleague Chris Wilcock, who has set up a GoFundMe fundraiser for Craig’s rehabilitation when he comes out of hospital. She said she could not thank them enough for what they were doing.

A group of Craig’s friends and colleagues have come together to launch the Go Fund Me and a fundraising event to support him and his family as they prepare for a lengthy rehabilitation process.

A fundraising event is also taking place at the Pack Horse Bowling and Social Club at 3pm on December 4, with various activities planned including a raffle and tombola and pool competition. Two entertainers Andy Hofton and Kerri Woods are also giving up their time to take part, with the club providing food and donating 50 per cent from the sales to the fund.

The event has a limited capacity of 100 so organisers are advising people to get there early. To donate to the Go Fund Me for Craig Williams, visit gofund.me/8056a313. For more information on the fundraising event, visit the Facebook page here.