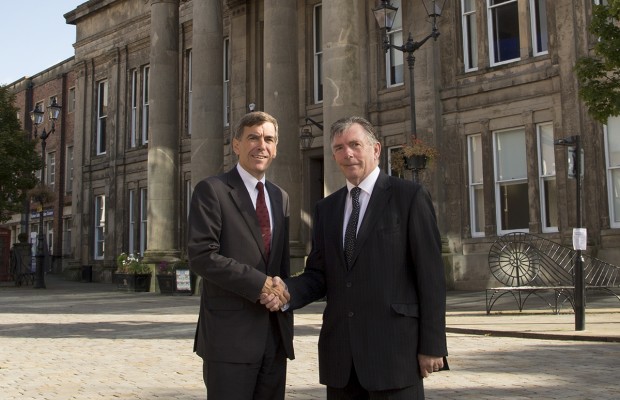 Ainsley Arnold, for many years a leading local Liberal Democrat, has joined Macclesfield Conservatives and will stand as a Conservative candidate in the Cheshire East Council elections in May next year.

The decision to join local Conservatives followed a period of time in which Ainsley became increasingly unhappy with Liberal Democrat policies. This led Ainsley to take the step to become a member of the local Conservative Association and in recent months he was given the backing of local Conservatives to stand as a candidate in the Cheshire East Council elections. Ainsley now looks forward to actively campaigning in Macclesfield in the months ahead.

Ainsley has a strong track record of public service in the local community. He served as a well-respected Cheshire East Councillor up to 2011 and before that was a Councillor on Macclesfield Borough Council for 12 years. His commitment to Macclesfield was recognised when he was made an Honorary Alderman of Cheshire East in 2011. Ainsley also served as Vice-Chair of the Cheshire Police Authority. In addition, he stood as a Liberal Democrat Cheshire Police & Crime Commissioner candidate in 2012 and was a Parliamentary Candidate in Tatton in 2005.

Ainsley Arnold said, “I am pleased to be joining the Conservative team in Macclesfield and playing my part in taking forward the Conservative’s positive campaign for the local area. I have missed the cut and thrust of local politics in recent years. As a Conservative candidate, I look forward to putting my local experience to work in actively serving local residents once again and making a strong contribution to the debate on local issues.”