Cheshire East Council Tax to be frozen once again 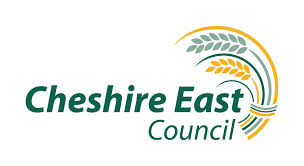 Cheshire East Council says it intends to freeze Council Tax again next year, despite their grant being cut by nearly 20%.

Council Leader, Councillor Michael Jones said “We are even closer to being able to confirm that there will be no Council Tax increase for our residents for the fifth consecutive year, despite having our revenue support grant cut by £9.66m or 19.9 per cent.

“Indeed, there may even be a small surplus to reinvest in the people of the Borough.”

Councillor Jones added “We now do far more with a lot less and that’s the radical way we need to be.

“We are very confident in Cheshire East that we can cope with our planned reduction in spending next year.

“We are adopting different ways of working. We need to be innovative going forward and that’s what we are doing.

“A higher percentage of our income now comes from Council Tax, which has been frozen for the past four years. We have also got economic growth and jobs.

“Nothing has closed at Cheshire East Council and there have been no compulsory redundancies among the staff. People are working differently we are saving money by using arm’s-length companies, rather than outsourcing to the private sector.

“This is the right way for a modern council to reduce waste and deal with the pressures of cost reduction.

“I took a third of our management out and saved £5m, which is the right approach.

“We’ve got a budget to balance in this country and we have all got to work together to achieve that.”