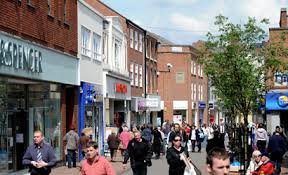 For several months ilovemacc has been reporting that negotiations by national retailers to take space in Mill Street had stalled once they discovered the existence of the Wilson Bowden town redevelopment scheme.

In the few weeks since the news that Debenhams have pulled out – which should result in the end of the idiotic plan – negotiations with several of the same retailers have re-commenced.

The White Stuff – who sell casual clothing – have already signed for a shop in Mill Street.

Two other prominent retailers are currently in negotiations to take space in Mill Street.

The regeneration of our town has started – watch this space!