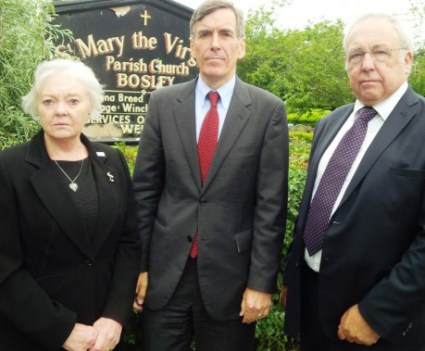 Local MP, David Rutley, has thanked Bosley’s local community and the emergency services for their positive response to the tragic explosion at the Wood Treatment Ltd site.

The devastating explosion has been a huge shock to the community. Clearly, the primary concern has been and continues to be with the families and friends of those who sadly lost their lives in the incident. The thoughts and prayers of many people continue to be with them and those who are receiving treatment in hospital at this challenging time.

The response from the community to the tragedy has been remarkable. The appeal fund, which has been organised by concerned local residents, has already received very strong support. Thousands of pounds have been raised for those effected by the incident at fundraising events, such as the recent auction at the Harrington Arms. All those who would like to donate to the appeal can do so by visiting www.gofundme.com/znkr4vg or by supporting other planned events, such as the auction at the Queen’s Arms on Friday 31st July or the celebrity football match on Sunday 6th September at Macclesfield Town’s Moss Rose stadium.

The MP has also paid tribute to the exceptional response from the emergency services. He and many local residents were impressed by the fast and coordinated response at the time of the explosion, not just from the Cheshire Fire & Rescue Service, Cheshire Police and the North West Ambulance Service, but from other services extending from Merseyside to West Yorkshire. They showed real courage and professionalism in the way that they tackled this major incident.

The MP recently met with the Health and Safety Executive to discuss the important investigation that the organisation is actively undertaking at the Wood Treatment Ltd site to determine the cause of this catastrophic incident.

He also requested that the investigation would not only involve the existing owners of the site and their current employees, but also local residents and former employees of the company.

The local MP is also planning to meet the owners of Wood Treatment Ltd to seek answers to questions that have been raised by a number of the company’s employees.