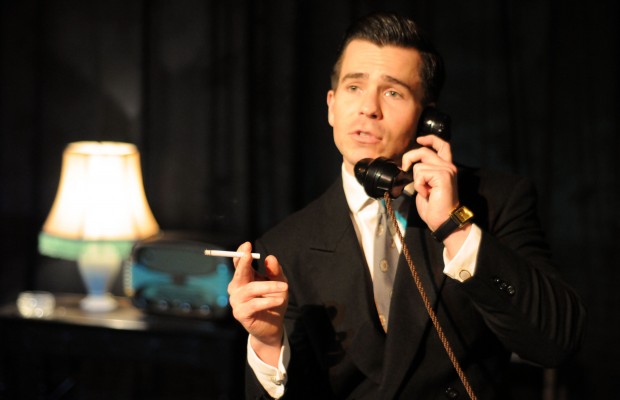 The scintillating stage drama Dial M for Murder (made famous by the Alfred Hitchcock film adaptation) will be at Buxton Opera House in January.

The plot centres on Ex-professional tennis player Tony Wendice who is planning to murder his socialite wife, Sheila, who he suspects of having an affair. He thinks he’s arranged the perfect murder when he blackmails a former college acquaintance to do his dirty work for him – but the carefully orchestrated scheme goes awry and he must use all his cunning to cover up his deceit in one of theatre’s most scintillating battle of wits.

Dial M for Murder was first performed in 1952 on BBC Television before transferring to the London stage. It then became the iconic Hollywood thriller directed by Alfred Hitchcock.

The producer of Dial M for Murder is the acclaimed theatre Company Talking Scarlet who brought well received productions of Sherlock Holmes and the Ripper Murders and Ghost Trainto Buxton recently.

Tickets for Dial M for Murder are priced from £14 to £18 and discounts are available. To buy tickets call 01298 72190 or visit www.buxtonoperahouse.org.uk.