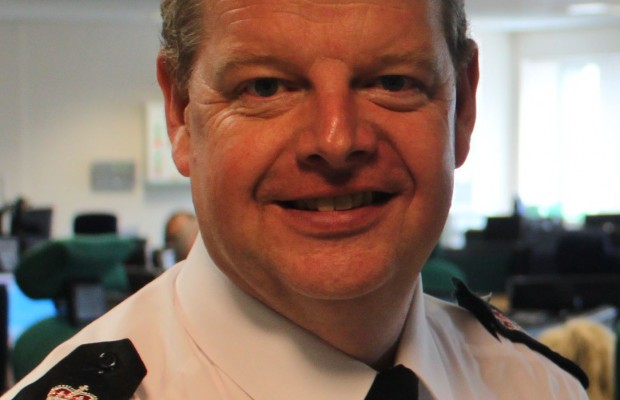 The QPM recognises those officers who throughout their careers in the police service have demonstrated a lasting and consistent commitment to delivering effective policing services to the public. Officers who receive the QPM have, over their careers, managed a range of highly complex issues, putting the public and victims of crime at the heart of everything they have done.

Commenting on the announcement today of his award, Mr Byrne said: “I am absolutely thrilled with this award which is due in no small part to the support I have had from my family, friends and colleagues in the police forces and other organisations I have worked with during the course of my police career.”

Simon’s career began in 1982 on the beat in the Paddington and St Johns Wood area as a Metropolitan Police officer. Three years later Simon transferred to Merseyside Police where he worked in uniform, CID and at Headquarters, and in 2002 he took the lead role as the police commander for policing Knowlsey, a particularly challenging and deprived area of Liverpool.

He transferred to Greater Manchester Police in 2009 as Deputy Chief Constable, where he led a programme focused on improving the service the Force was delivering for victims and members of the public in Manchester. During this time, investment in neighbourhood policing was key to the changes Simon was introducing to improve performance at a time when the Force was under scrutiny from the Home Office.

Returning to the Met in 2011, Simon headed up the largest operational command in the country, running day-to-day policing in London and boosting neighbourhood policing teams across the capital.

On return to his home county in June 2014, Simon became Cheshire’s Chief Constable. Simon has continued to focus on victims’ needs and putting the public at the heart of policing. Over the last year this has included increasing the numbers of police officers in local policing, introducing an annual planning cycle that more closely aligns services, demand and resources to allow the Constabulary to plan financially and invest for the future, and has completely reshaped frontline policing into eight local policing units.