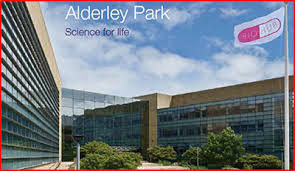 Approval has been granted for a £160m development at Alderley Park in Cheshire.

The scheme, including a 410,000 sq ft laboratory in addition to more than 1 million sq ft of space for life sciences already in place and could secure as many as 7,000 jobs, was approved today by Cheshire East Council’s strategic planning board.

“It means that we can now move forward with our plans to improve and grow the, internationally important life science campus here, ensuring that Alderley Park remains at the forefront of scientific research.

“The Alderley Park Taskforce strived to deliver an impactful legacy for the site, both commercially and as a community asset.

“These plans represent the start of an exciting new phase in the history of Alderley Park, that will not only serve the bio science sector, but that will also be something that the community will benefit from.”

Alderley Park is a significant driver of the local and regional economy, and could contribute circa £245m per annum. It will also provide a boost to the job market with up to 415 construction jobs per year, being sustained during the ten-year construction phase of the development.

Burns, added: “The site has sustained many thousands of local high-quality jobs, both on and off-site over the years. Alderley Park will remain a key location for Astra Zeneca as over 700 employees will continue to be based there. We now look forward to working on the more detailed plans for Alderley Park as a world-class science hub.”

Gary Halman, managing partner at HOW Planning, which has led on the planning and environmental elements of the project said: “It is fantastic news that the strategic planning board has supported these exciting proposals which are an important milestone in the rebirth of Alderley Park as a major hub for the Life Sciences.

“It’s been a very positive working relationship with Cheshire East, and testament to the shared vision amongst all stakeholders that this site has a pivotal role to play in the UK Life Sciences sector.”