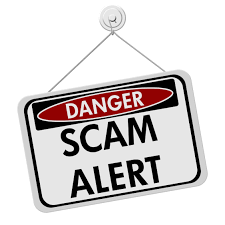 Cheshire East Council is encouraging residents to support national safeguarding day on February 29 by making a stand against scammers.

Cheshire East Trading Standards is raising awareness of this type of crime, which contributes an average annual loss of £9 billion to UK consumers as well as having devastating psychological effects on the victims. There have been 600 scam victims identified within the Borough.

The National Trading Standards Scams Team said that the average age of a victim is 74. In one instance, after months of grooming and false promises, an elderly victim parted with £1million to a company fronting a fake lottery scam.

Cheshire East Trading Standards supported one Borough resident who had been sending money to scams for more than ten years and had lost approximately £15,000. The victim was given advice on how to prevent them from losing any more money and avoid falling for these deceptions.

Councillor Les Gilbert, Cheshire East Council Cabinet member in charge of communities, said: “Sadly in recent times it has become more commonplace to fall victim to scams and as a community we need to be more vigilant especially in protecting the more vulnerable members of our communities.”

People suffering from scams can lose the confidence to leave their home and in some instances health issues such as anxiety and depression can also develop.

You can play your part and take a stand against scams by being aware of how to spot one.  Unexpected phone calls and emails should be ignored as should requests to send money to claim a prize, or being notified of winnings when a competition hasn’t been entered. Don’t respond to pressure selling and be wary of uninvited door step callers.