Cheshire Police Band off to the National Brass Band finals 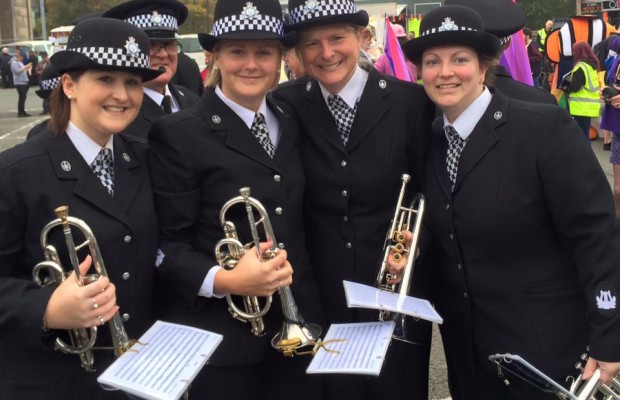 Members of the Cheshire Constabulary band are celebrating after qualifying for the National Brass Band finals in September.

The band qualified following success at the North West Area Brass Band competition at the Winter Gardens Blackpool on Sunday 28 February, where they came second out of 18 other bands in their section.

Musical director Dave Woollam said “It was a great result for the band, we are not a prolific contesting band as we tend to concentrate on concert performances so to qualify ahead of so many fine bands is quite an achievement and I’m delighted for the band.”

The band now has a busy year ahead, in addition to its appearance in the national Finals the band is performing concerts and leading a number of parades across Cheshire and beyond.

In addition the band will also be recording their second album in May and they have been invited to perform at the inaugural Alpine Brass Festival in Austria which is scheduled to take place in October, which will be self-funded by members.

Dave added: “It’s great to see that the band is as popular as ever, we are already fully booked for 2016 and we have confirmed dates for 2017, I’m extremely proud to be leading this group of talented musicians.”

Their next concert is on Saturday 23rd April at St Andrews Crewe when they will be appearing together their Corps of Drums.  Further concert dates can be obtained via www.cheshirepoliceband.co.uk or indeed Facebook under Band and Drums of the Cheshire Constabulary.