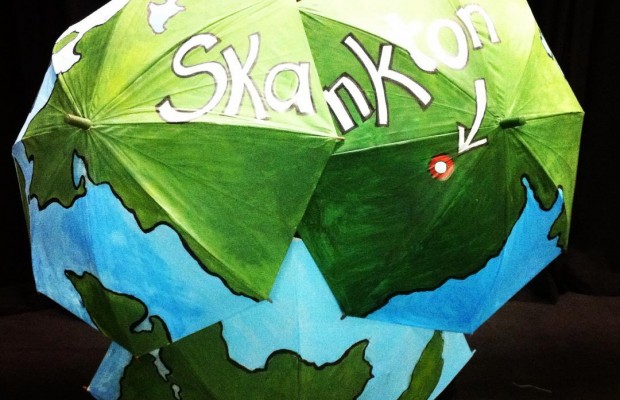 Buxton Opera House’s Young Company has won a place to compete in the National Theatre’s Connections Festival alongside some of the most talented young actors in the country. The company will perform Gargantua by Carl Grose at the Pavilion Arts Centre from Thursday 3 to Saturday 5 March, before transferring to Derby Theatre on Wednesday 4 May.

2016 marks the second year that Young Company has competed in the prestigious Festival, following their 2015 production of Cush Jumbo’s The Accordion Shop –which won high praise from competition judges.

NT Connections Festival provides theatre students with experience of professional theatre-making, mirroring that of a professional company producing a new play in any theatre in the country. Part of the ingenuity of the Festival is that it also engages top writers to produce fresh and in some cases ground-breaking works that could go on to become modern classics.

Buxton Opera House’s Young Company received the green light in October, to perform Gargantua, their choice of play from twelve new works. Rehearsals are now underway, with the young actors meeting every week at the Pavilion Arts Centre. Talented Nottingham Trent University student Taylor Skinner has been commissioned to design a unique theatre set for the production in preparation for the curtain rising on Thursday 3 March.

Written by Carl Grose Gargantua tells the story of Mr. and Mrs. Mungus, whose new born baby isn’t the bouncing blue-eyed boy they were hoping for. After a two and a half year pregnancy, Mini Mungus gives birth to a monster baby with accelerated growth and an insatiable appetite for anything that moves. When scientists become intent on cloning the giant, he escapes and the world watches on in horror as he wreaks havoc. Who will stop this freak of nature? Who will decide his tragic fate? And who, more importantly, will change his nappy?

Buxton Opera House’s Young Company which launched in 2014 is the flagship membership scheme for young people to gain experience of all theatre from back stage to performance. Since its inception the company has enjoyed a number of high-profile collaborations including performing with the English Touring Opera and transferring their work to the Lowry Theatre in Salford.

Directing Gargantua will be Buxton Opera House Learning & Participation Officer Craig Sanders. Craig, who studied at Rose Bruford College of Theatre and Performance and RADA, is also currently Resident Director at Manchester ADP. Joining Craig as Assistant Director will be Adrienne Posta who began her acting career at the age of seven when she appeared in the film No Time For Tears with Dame Anna Neagle. Following taking a part in the film To Sir With Love, she received mentorship from her co-star Sidney Poitier who taught her invaluable lessons on the technique of acting on film – skills which she now passes on to her students. Providing the Musical Direction and production soundtrack will be TV and theatre composer James Atherton who has worked with the cast to compose upbeat music with harmony arrangements. James’ past credits include Barbican Theatre, Manchester International Theatre, ITV1, BBC, Channel 4 and Film 4. ‘This is the second year Buxton Opera House has been fortunate to be selected to take part in the National Theatre Connections Festival. Our brilliant Young Company embrace the challenge of staging a new show and showcasing their talents beyond Buxton. Gargantua is an epic and bonkers play which has allowed the Young Company to develop their performance skills in acting, singing, movement and puppetry. It’s a play filled with theatrical illusion and effects and is going to be something rather quite special. We’ve had a fantastic student designer work with us to design the stage set from Nottingham Trent University and have also enlisted the professional expertise of composer and musical director James Atherton and West End, TV actress and Italia Conti Academy teacher Adrienne Davis. We have a giant 3D baby which moves and stands at around 20 feet tall – everything about this show is BIG.’

Gargantua takes place from Thursday 3 to Saturday 5 March, with evening performances at 7.30pm and a Saturday matinee at 2.30pm. Tickets are priced from £10 to £12 and discounts are available. To buy tickets or for more information call the Box Office on 0845 127 2190 or book online at www.buxtonoperahouse.org.uk

For more information about becoming a member of  the Opera House’s Young Company please visit the website or call the Learning and Participation team on 01298 72050. Email: csanders@boh.org.uk