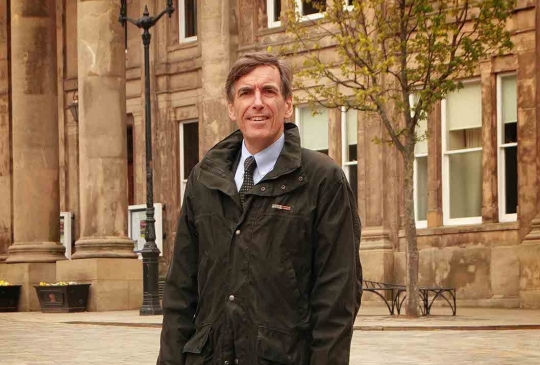 Macclesfield MP, David Rutley, has expressed his disappointment that a local proposal to create a Macclesfield Justice Centre has not been taken forward, in favour of new plans to retain the Magistrates’ and County Courts in Stockport.

The Government carried out a wide ranging consultation on the provision of courts and tribunal services in England and Wales, which closed in October 2015. Under the original proposal, local residents would have had to travel to Crewe to use the Magistrates’ Court and Manchester for County Court services. Following the consultation, Ministers have announced that while Macclesfield’s Magistrates’ Court and County Court will both close as planned, local residents will now be able to use court services in Stockport, rather than further away in Crewe and Manchester.

In recent months, David has been working closely with Macclesfield Town Council and Cheshire East Council, to support the establishment of a Macclesfield Justice Centre. This proposal backed the creation of one, combined centre, for both County Court and Magistrates Court cases, based in the town. Peter Nash, Chairman of South and East Cheshire Magistrates, played an important role in developing these plans. David also met with Minister, Shailesh Vara MP, on a number of occasions to discuss the proposal, and spoke in a Parliamentary debate on the issue.

Speaking following the announcement, David said, “Despite the best efforts of our local campaign, I am disappointed with the final outcome. However, while the current proposals are not what we had hoped for, they are better than the original proposals which would have led to local residents having to travel all the way to Crewe to attend the Magistrates’ Court. I will continue to work closely with Ministers to ensure that local residents get the best possible access to justice as these plans are implemented in the months ahead.”