Can we build it? Yes we can! 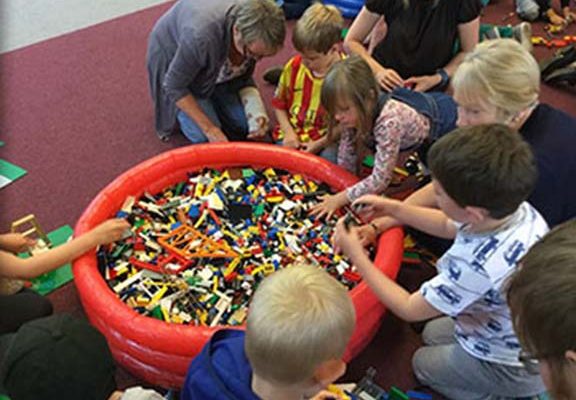 Macclesfield Library is on the hunt for toy bricks to boost its children’s club.

The Jordangate Library held a hugely successful Lego Club over the summer and is hoping to make it a regular thing – but needs more bricks.

So staff are appealing for donations of Lego to help build up stocks for youngsters to get to grips with.

The Lego sessions are themed and use books to inspire the children. Sessions encourage children of all ages to interact, share and work collaboratively on models. The idea is also to make libraries more appealing to children.

The Council hopes to roll out the scheme to other local libraries.

Katherine Yates, a librarian at the library on Jordangate, said: “We borrowed Crewe Library’s Lego collection during the summer to run our first Lego Club, which was a terrific success. We now hope to start our own collection so we can run a Lego Club more regularly.

“If anyone has any Lego at home that is no longer played with, we would ask them to consider donating it to the library. Donations can be handed in to any member of staff, who will be delighted to receive them.”

Councillor Paul Bates, Cheshire East Council Cabinet member for communities and health, said: “This scheme has proved really successful at attracting youngsters into the library and it would be fantastic to have more regular sessions for our young families.

“So, if people have any unwanted Lego bricks, it would be great if they would donate them to this library scheme.”

If you have any unwanted Lego bricks drop them off at the library. All donations gratefully received.

The library is open from 9am until 7pm on Monday, Tuesday and Thursday, from 9am-5pm on Wednesday and Friday and from 9am-1pm on Saturday.

Share this...
Related Items
← Previous Story Werewolves and monsters for Rotary members
Next Story → It’s official – Buxton is ‘most welcoming’