It’s official – Buxton is ‘most welcoming’ 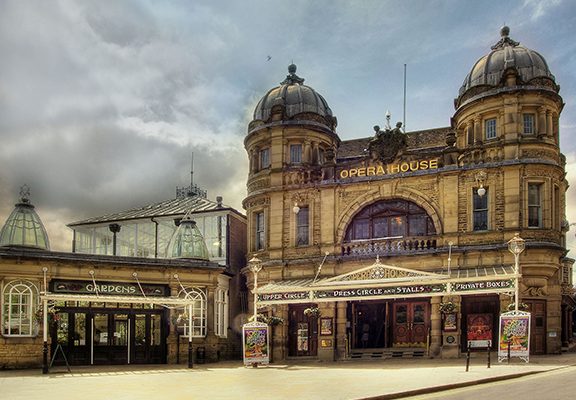 Buxton Opera House & Pavilion Art Centre has been voted the ‘Most Welcoming Theatre’ in the East Midlands.

Out of over 200 theatres that signed up to take part in the UK Theatre’s Most Welcoming Theatre Award 2016 in Association with Smooth Radio, Buxton Opera House is one of the 12 regional winners.

Buxton along with the other regional winners including London’s Orange Tree theatre and Lichfield Garrick, will be invited to the UK Theatre Awards ceremony on Sunday 9 October, where the overall winner will be announced, based on the highest number of votes. The Awards will take place at London’s historic Guildhall, a magnificent medieval Grade 1 listed landmark building situated in the City of London.

Emma Oaks, Head of Marketing and Audiences at Buxton Opera House and Pavilion Arts Centre, said: “We are thrilled to be officially recognised as the ‘Most Welcoming Theatre in the East Midlands’, and we thank everyone who voted for us. Buxton Opera House has a 113 year long tradition of warmly welcoming people through its doors. This accolade, for the second year in a row, is a wonderful tribute to all the staff and 190 volunteers that have given an unmatched level of customer service. As custodians of one of the most beautiful theatres in the country we are all incredibly proud to work at Buxton Opera House and our contemporary space the Pavilion Arts Centre. We play host to a world class programme of events, but most importantly at the theatre’s heart is a community spirit thatmakes it all possible.”

Julian Bird, Chief Executive of UK Theatre, said: “Theatres play a vital role in communities across the UK, so it has been wonderful to see so many votes cast. This campaign brings together audiences, theatres, performers and producers and gives everyone the opportunity to celebrate their local venue.”

Smooth Radio presenter Paul Phear said: “It is a privilege to team up with UK Theatre once again as we crown the nation’s Most Welcoming Theatre. This Award is even more special because it is the audiences, including our Smooth Radio listeners, who have chosen the winner. I look forward to announcing the result next month.”

Share this...
Related Items
← Previous Story Can we build it? Yes we can!
Next Story → Steve McQueen’s Husqvarna