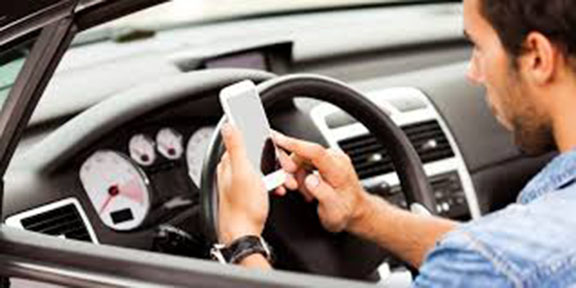 Motorists who drive while using handheld mobile devices will face double the penalty under new legislation.

Cheshire police are educating motorists of the dangers of using a handheld mobile device while driving and the consequences they will face ahead of new legislation to be introduced in March 2017.

Throughout the week officers from the Constabulary’s Road Policing Team will be taking part in a national operation targeting those motorists intent on breaking the law by driving while using a handheld mobile device.

The new legislation also means offending drivers will no longer be offered the opportunity to complete the National Driver Offender Retraining Scheme (NDORS) training course as an alternative to receiving points on their license.

However, the biggest impact of the new legislation will be felt among Cheshire’s newest motorists, as young drivers and those who have passed their tests within the past two years are now at risk of having their driving license revoked following their first offence.

Inspector Steve Griffiths, from the Cheshire’s Roads Policing Team, said: “As a senior investigator, I have dealt with many serious and fatal collisions, and in recent years I’ve found that increasingly more of these incidents have involved mobile phones.

“Motorists are four times more likely to crash if using a mobile phone while driving. Using a handheld mobile device can make drivers less aware of what is happening on the road – they could fail to see road signs, react more slowly and take longer to brake.

“It is vital that we educate motorists on the dangers of driving while using a handheld mobile device, and the impact this new legislation will have on those who continue to flout the law.”

Police & Crime Commissioner for Cheshire, David Keane said: “Driving distracted should be seen as socially unacceptable as drink driving and road safety is one of my policing priorities.

“I am really pleased to see the work that the roads policing team is undertaking to help make Cheshire’s roads safer.”

Throughout the week long operation officers will be increasing patrols, working with partnership local authorities and issuing messages through the @CheshirePolice and @CheshPolTaskforce social media accounts.