Hairspray is heading for Buxton 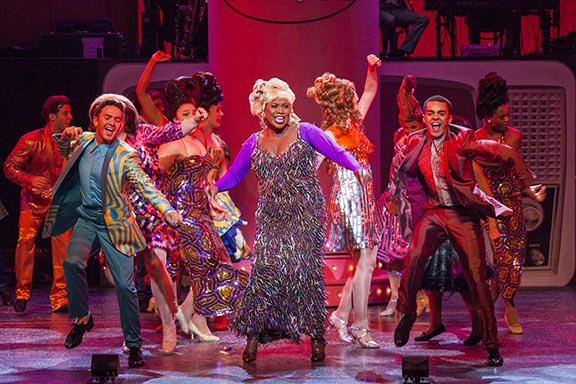 Hairpsray is on its way, with Opera House Chief Exec directing the National tour!

The big, bold and beautiful production of the much-loved musical comedy Hairspray will visit more than 30 venues across the length and breadth of the UK, including Buxton in October.

A star cast has been announced including Norman Pace as Wilbur Turnblad with Matt Rixon returning as Edna. Also returning is Layton Williams to play the role of Seaweed alongside musical theatre star Brenda Edwards as Motormouth Maybelle. Newcomer Rebecca Mendoza will make her professional debut as Tracy Turnblad.

Producer Mark Goucher said: “I am incredibly proud of this production of Hairspray and thrilled that it will be travelling the country again. The universal appeal of this heart-warming show has continued to delight us all, with families and musical theatre lovers alike packing out theatres night after night.” Hairspray is directed by Paul Kerryson MBE, who is also known to High Peak residents as Buxton Opera House & Pavilion Arts Centre Executive Director, a post which Paul took up in December 2016. Choreography for the tour of Hairspray is by Drew McOnie.

The drama takes place in Baltimore 1962, where Tracy Turnblad, a big girl with big hair and an even bigger heart, is on a mission to follow her dreams and dance her way onto national TV. Tracy’s audition makes her a local star and soon she is using her new-found fame to fight for equality, bagging local heartthrob Link Larkin along the way.

Hairspray is a musical based on the 1988 film of the same name which starred Divine and Ricki Lake by cult filmmaker John Waters. With music and lyrics by Marc Shaiman and Scott Wittman and book by Mark O’Donnell and Thomas Meehan, Hairspray originally opened to rave reviews on Broadway in 2002 and subsequently won eight Tony Awards. The production opened in London at the Shaftesbury Theatre in 2007 and won four Laurence Olivier Awards including Best New Musical. Proving to be an international success, Hairspray has also opened in South Africa, Japan, South Korea, China and Dubai. Following the musical’s phenomenal success on stage, a film of the musical was released in 2007 which starred John Travolta, Michelle Pfeiffer and James Marsden.

Hairspray is the perfect Half Term treat taking place at Buxton Opera House from Monday 23 to Saturday 28 October 2017. Tickets are priced from £26 to £42 and discounts are available. To buy tickets call the Box Office on 01298 72190 or visit www.buxtonoperahouse.org.uk