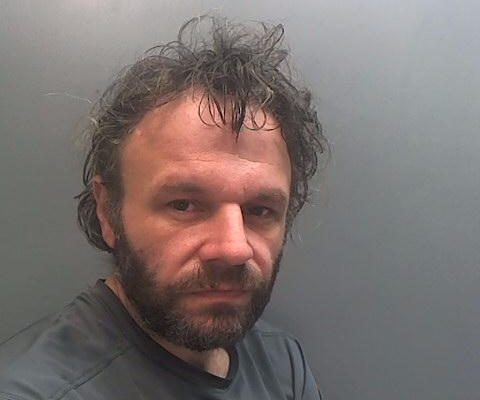 Above: John Brownlie, wanted in connection with an assault

Cheshire Police are appealing for the public’s help in tracing a man wanted on suspicion of assault in Congleton.

John Brownlie, aged 47, from Congleton is wanted following an assault which took place on Friday, 15 September as well as being on recall to prison.

He is believed to be in the Congleton area.

Detective Sergeant Paul Hughes, of Cheshire Police’s Public Protection Directorate, said: “We would urge anyone who has seen this man or knows of his whereabouts not to approach him directly, but to contact police on 101.”

Anyone who has any information is asked to contact Cheshire Police on 101 or Crimestoppers anonymously on 0800 555 111.