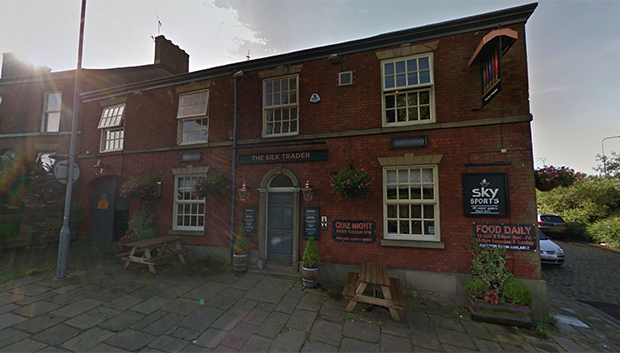 A man remains in hospital after being attacked by a masked man with a machete.

The victim ran into the Silk Trader on Brook Street, Macclesfield, followed by a man wearing a mask and wielding a machete, just after 8pm on Monday night.

The attacker, who was described as wearing all black with a white mask, then attempted to attack the victim before fleeing.

The 31-year-old victim was taken to Macclesfield District General Hospital with injuries to his arm and knee.

Police described his injuries as ‘relatively minor’ – although the man remains in hospital.

A Cheshire Police spokesman said: “Investigations into this incident are in the very early stages and we are following a number of lines of enquiry.

“As part of this, I’m keen to hear from anyone who was in the Brook Street or Silk Road area at the time this incident occurred and believes they may have witnessed anything suspicious.”

Anyone with any information in relation to the incident is asked to contact Cheshire Police on 101 quoting incident number 842 of 25/9/2017. Information can also be passed anonymously, via Crimestoppers, on 0800 555 111.