Sol opens up about Macc Town 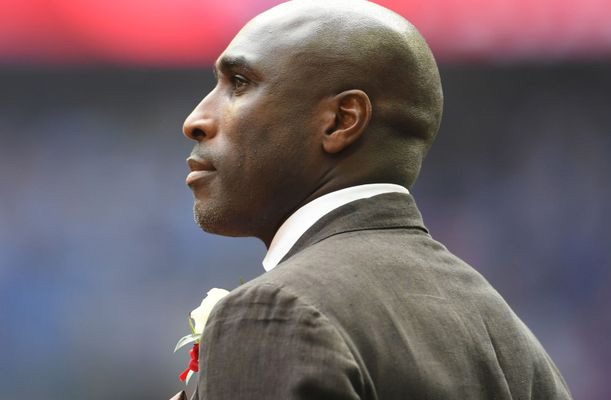 Sol Campbell has revealed to talkSPORT the many reasons behind his departure as Macclesfield Town manager just four games into the new season.

Having waited a long time for his debut managerial role, the former England defender was named as the Silkmen’s boss in November 2018.

He came in with the team seven points adrift of safety at the foot of League Two and with the club struggling financially, and he performed a minor miracle to keep them in the Football League.

Under his stewardship, Macclesfield collected 31 points from 25 games and dramatically beat relegation on the final day of the season with a 1-1 draw with Cambridge United.

However, he left the Moss Rose ‘amicably’ after just eight months in charge back in August, just four games into the new campaign, having battled four winding up orders during his short tenure.

And, having stayed virtually silent since his departure, Campbell has explained why, saying the club’s financial struggles and disorganisation behind the scenes made it ‘impossible’ for him to do his job.

He also confirmed reports that he and assistant Hermann Hreidarsson spent months waiting to be paid by the club, saying they were both practically ‘working for free’.

Speaking in an exclusive interview with talkSPORT’s James Savundra, he said: “I had a contract in place and did everything in that contract, I kept the team up, I represented the club in a proper way, with style and with hard work.

“I also changed the mentality of the playing side, their attitude towards games, I changed the personnel so the team was competitive and everybody was rocking and rolling in the right way.

“But behind that I had to keep the show going on.

“On top of that, my assistant Hermann Hreidarsson came in for six weeks and his contract was not sorted out. It was verbally agreed but not sorted out – he was basically working for free.

“The winding up orders, the third training ground, software leases were running out, my analyst’s computer was gone, the camera for him to record games and even watch our own games back was far too old.

“In the end you can’t do your job anymore. It was like, what is going on?

“I was trying to do the right things, working hard, trying to keep the team together, I built a better team for less money than the last season and then in end I’m thinking, I’m not being appreciated at any level.”

The former boss also said he hopes fans appreciate his commitment to the club, having seen the season through to keep them in the league when other managers might have bailed when the going got tough.

“I put everything into the job, I had to,” he added. “Some other guys just join and leave teams, but I couldn’t do that. I had to see it through, I had to show my mettle.

“Hopefully me sticking around and seeing it out when other managers may have bailed shows my commitment. Macclesfield stayed up and I gave them a better side for this season. I did everything in the contract.

“I would love to be there now, but it just got to the stage where it was impossible.

“We stayed up and it was a great feat what we did together as a squad and I’m really proud of that. Hopefully the fans are happy they’re in the league again.”

On his future, Campbell made it clear he is ‘hungry’ for another chance in management and is ‘open to offers’ from clubs in England and abroad.

But after his experience at Macclesfield, he insisted he will be scrutinising any interested clubs as much as they might scrutinise him and his suitability for the job.

The two-time Premier League winner with Arsenal said: “I love football. I’m serious about football, it’s not a pastime, it’s all the time for me. I take it deadly seriously. I don’t muck around with football, it’s a serious game and I want to build another career.

“Even though it wasn’t plain sailing, of course I want to be involved in football. I’m ready now, I’m hungry.

“I’d like to stay in England but I’m willing to take another challenge.

“I’d love to be managing higher, but the most important thing for me is the right club mentality, a club that has itself sorted out top to bottom and is ambitious but also realistic.

“As much as teams will scrutinise me, I have to do the same to them because I don’t want to be in the same scenario as last time.