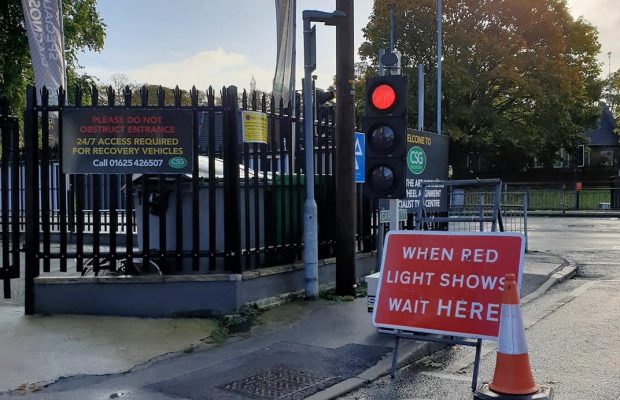 It’s probably a waste of anyone’s time reporting this to Cheshire East highways department, but the temporary traffic lights at the bottom of Hurdsfield Road are causing chaos.

The situation is made worse not only owing to the lights on Black Lane (Tesco car park exit) being weighted in favour of Tesco traffic – but by placing a four way light system on Garden Street.

Someone should point out to whoever’s responsible that Garden Street is one way – so having a green light, or red for that matter, is pretty pointless if there’s no traffic approaching from that direction.