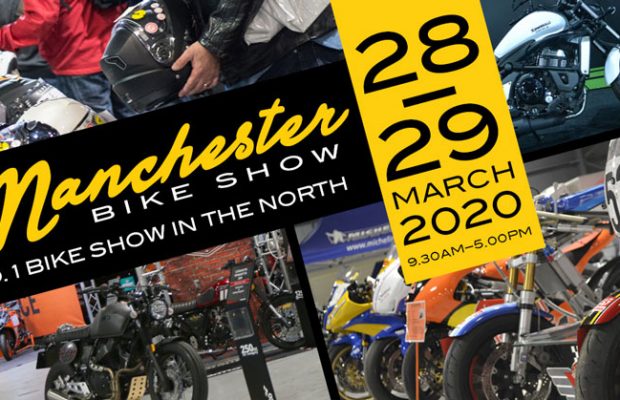 BRITISH BULLDOGS CHARITY FUNDRAISER
The British Bulldogs Motorcycle Club will be joining us at the Manchester Bike Show once again this year, but with one difference – a group of them are losing their beards!

On Saturday 28th March their faces will go from bearded to clean-shaven in order to raise funds for ‘the Christie’, a charity who help support cancer patients. Time of shaving to be announced. Donations raised will help their life-changing and life-saving work, so please give what you can. To donate, or for further details, visit their Just Giving page using the button below.
DONATE NOW / FIND OUT MORE

PRIVATE ENTRIES
At the Manchester Bike Show we have around 50 bikes on display from private individuals who, quite rightly, love their bikes. One such individual displaying his bike at the 2020 show is Stephen, visit the private entries section to see his machine ‘Big Blue’. Below is the story behind Big Blue in Stephen’s words:
‘A motorcyclist for 45 years. After more than 30 years riding GoldWing solos, reluctantly, I surrendered to my back and R hip making it too painful to lug a solo around. But there was no way, I could give up my love of the GoldWing.
My 2002 Hot Rod Yellow Honda GoldWing GL1800 Monarch. Imported from Daytona Beach in 2007, at 6,000 miles. Original purchase, trike conversion, import, first service, and all MOT documentation were present.
To create Big Blue, complete strip down, respray, artwork, and modifications, including a Rockford Fosgate/Polk  450W 4.1 sound system took 12 months. Easily capable of completely self-sufficient touring for weeks.’

EXHIBIT AT THE SHOW