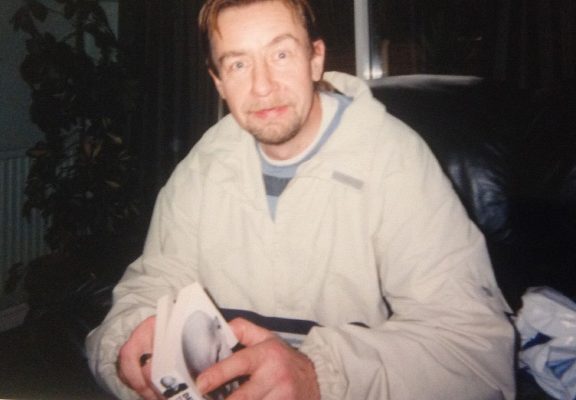 Two men have been found guilty of murdering a popular and well-loved father.

Daniel Whitmore, aged 26, and Daniel Mayers, aged 38, were both found guilty of murder following a 12 day trial at Chester Crown Court. Whitmore, of Mayfield Avenue, Macclesfield, and Mayers of Glegg Street, Macclesfield, will be sentenced at a later date.

Their victim, Peter Robson, known by all as “Archie”, was found collapsed in his room at a hostel in Glegg Street, Macclesfield, at 6pm on 8 November 2019.

Mayers alerted hostel staff claiming that Archie, aged 59, had a seizure and that they had found him on the floor of his room. Cheshire Police said in reality, Mayers and Whitmore had attacked Mr Robson some time earlier and then went to play snooker and visit a pub, returning several times to remove items of clothing and a television from the room throughout the day.

Paramedics were called and they rushed him to hospital where staff, concerned about the seriousness of the injuries to Archie’s head and face and that they were likely the result of an assault, alerted police.

Officers attended the hostel and discovered Archie’s room in disarray with obvious signs of a disturbance and an assault having taken place.
CCTV showed Mayers and Whitmore’s movements around the hostel from the early hours of the 8th November throughout the day, often leaving the hostel and returning to Archie’s room over the course of a that day.

It also showed Archie walking into his room during that morning seemingly fit and well and not being seen again until taken out of his room by ambulance staff. The CCTV also showed the defendants removing items of clothing, footwear and a television from Archie’s room after the assault took place. The footage later shows them returning and reporting to staff that Archie had collapsed.

Mayers was arrested that evening and Whitmore was arrested the following day as enquiries revealed that Archie’s injuries had been the result of a violent assault.

Sadly, Archie died on Saturday 9 November and the two men were subsequently charged with his murder.

DI Adam Waller said: “Mayers and Whitmore tried to cover their tracks by lying that Archie had a seizure.  CCTV clearly showed they had been spending time in Archie’s room for a prolonged period, leaving us with no doubt that they had been involved in some way in Archie’s death.

“Despite their efforts to clean up after attacking Archie, powerful forensic evidence also supported the involvement of the defendants in an assault. Despite our best efforts we still don’t know why. His family are devastated and have told me that their lives will never be the same again.  Archie was a much loved father and, despite some of the challenges he faced during his life, he remained a well-liked character, especially in the Knutsford area where he spent most of his life.

“His frailties and vulnerability made him a prime target for Mayers and Whitmore, and he was assaulted and left to suffer in his room for most of that day. It was only due to a suggestion from an associate of Mayers, that medical help was sought.

“Leaving Archie in the manner that they did whilst they played snooker and visiting a pub was quite frankly, despicable and cowardly. I’d like to pass on my thanks to all the officers and staff that worked on the investigation and to those members of the community that assisted in our search for the truth.

“I would also like to recognise the part that Archie’s family played in this case and in particular the manner in which they have conducted themselves throughout what must have been a harrowing trial to sit through. I only hope this conviction will help his family and friends in some way to come to terms with his death.”

David Keane, Police and Crime Commissioner for Cheshire said:  “What these two men did shocked a community and left a family devastated.

“My thoughts are with the family and friends and I hope this conviction gives them some form of comfort in that justice has been done and those responsible for his untimely death are going to pay price for their violence.”