Home / News / New lease of life for The Hanging Gate

New lease of life for The Hanging Gate 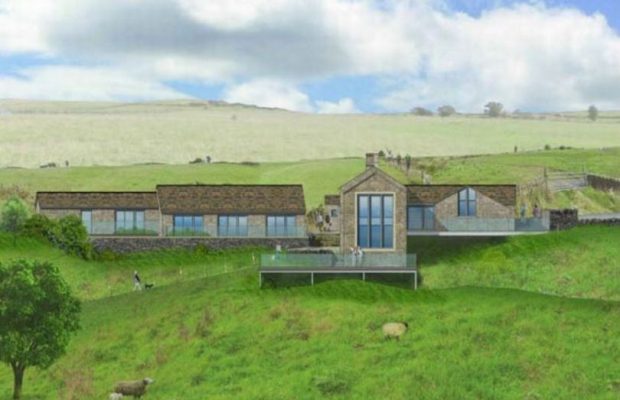 Plans have been unveiled to reopen The Hanging Gate, in Wincle Lane, Higher Sutton, thought to be the highest pub in Cheshire which pulled its last pint almost four years ago.

Now, Hilary Spokes and James Schofield, from HG Sutton Ltd, have submitted a planning application to Cheshire East Council for work which would transform it.

The work includes removing the white paint on the outside of the building, upgrading the existing kitchen, and creating a two-storey extension to be used as a restaurant.

The existing outbuildings would be replaced so they could be used as tourist accommodation.

The pub – thought to be the fourth highest in England – is considered a heritage asset so work must ensure its features and character remains intact.

A report by heritage consultant Garry Miller states: “The Hanging Gate has struggled for years, under several owners, in terms of its viability.

“This is owing to a combination of factors, including cramped and limited facilities for customers and also for owners/managers and staff, a lack of tourist accommodation, the condition of the building itself and the exposed location.

“A significant investment is therefore required if the building is to continue as a historic pub, especially amid the present difficult times when many establishments have been forced to close.”

The application says inadequate facilities, such as no disabled toilet and a 20m walk to any of the toilets, along with a small bar and dining area, a lack of headroom in the cellar, and general disrepair of the building has made business untenable.

A design statement reads: “The pub is recognised as being of heritage value, but if it is to be retained as an historic pub, then it needs a significant investment. This needs to be balanced so that the charm and character of the pub is retained while delivering a range of facilities meeting modern standards.”

Comments from the public can be submitted until the end of March and a decision on the application is expected by mid-April.