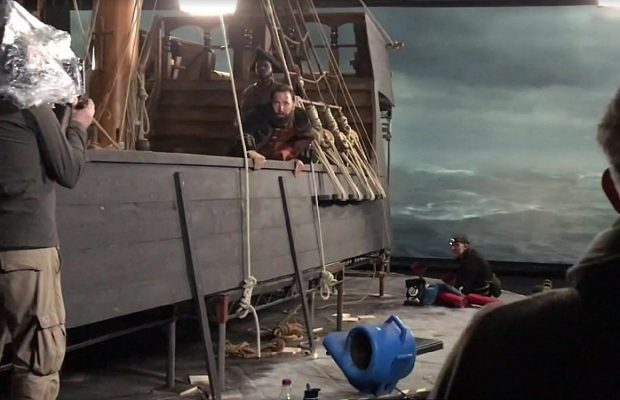 As well as producing full CGI environments, the company helped to create a production workflow for the six-part series which favoured CGI projections at the back of the set over traditional green screen technology.

“The directors and DOPs loved being able to move the camera wherever they wanted on set. Getting instant visual feedback that the CGI back projections provided proved invaluable!” said JP Hersey, Director of Stonesoup.

Director Sean Cosgrave added: “We were also able to make tweaks to the CGI backdrops on set, sometimes creating entirely new backdrops in a matter of minutes, allowing the directors even more freedom and flexibility than they would usually experience on a traditional VFX shoot.”

Stonesoup created over 200 back projections and full CGI environments including seascapes, 17th Century Nassau and London docks, as well as adding fire effects to Blackbeard’s beard and filling a Tall Ship with naked pirates.

Because the CGI backdrop were filmed in-camera, this cut down the number of green screen sequences in the show, enabling the editors to begin cutting immediately without having to wait for Stonesoup to provide them with green screen previsualisations.