Happy to be a ‘naysayer’ 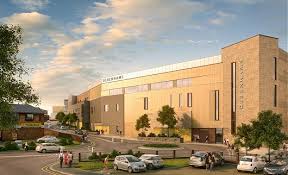 It seems like ages, but in truth just several years, when those ‘in the know about these things’ were proclaiming the golden future a new shopping centre would bring to Macclesfield – assuring the town’s future prosperity for the next couple of decades.

Planning staff were evident in the town for several Saturdays, handing out their propaganda leaflets advocating we give our support. The council even sent representatives around local schools, preaching to the kids about the opportunity the scheme offered – no doubt hoping they would lobby their parents.

Thankfully, I and a number of others, fought the council tooth and nail to prevent it from happening. We’d seen the writing on the wall from online retailers and realised that demolishing yet more of our town and replacing it with a very expensive – £200 million expensive – white elephant of a retail mall was foolish.

It’s pointless naming those in the council offices who supported the scheme – most of them have probably moved onto pastures new to exercise the wrecking ball of progress.

For those souls who still believe Macclesfield missed a golden opportunity read on.

St George’s Shopping Centre in Preston is the latest in a long list of northern shopping centres to fall into administration – this one just months after it mothballed ambitious plans to develop a restaurant quarter. The shopping centre was bought by a private equity firm in 2015 for a reported £73m. But in February the company that owned the centre – and two subsidiaries – went under.

If you’re interested in the history of the crazy Macclesfield re-development scheme – just search ilovemacc for ‘redevelopment’ – guaranteed to make you think – and hopefully smile.

Message to the Council – sometimes it pays to listen to the naysayers.