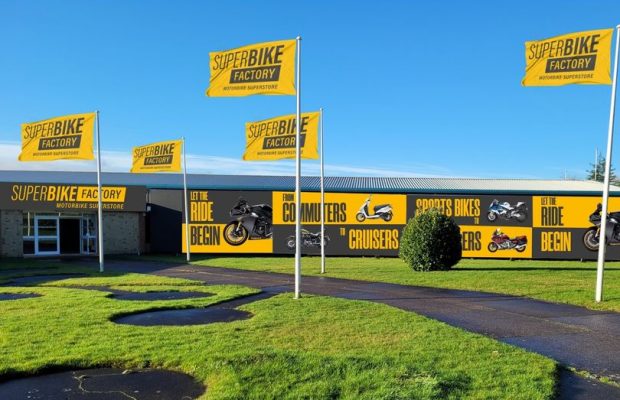 SuperBike Factory, based in Macclesfield, has taken over the site of the former Donington Grand Prix Collection museum at Donington Park in Leicestershire.

The site was formerly occupied by the Donington Grand Prix Collection museum, which used to hold hundreds of classic cars.

Superbike Factory already has a site in Hurdsfield, Macclesfield, but wants to take advantage of the circuit’s motorsport history by setting up another.

It has taken over the lease of the former museum, which has been empty since autumn 2018, and has had its collection of cars removed.

Scott Behrens, chief exec of SuperBike Factory, said the location of the circuit was a big selling point when deciding to expand into the area.

“Not only is it a highly accessible location for our customers, its heritage and association with motorsport in the UK is world-renowned.

“By creating another major destination for the biker community to ride out to, we are becoming part of bike culture in the UK.”

Before its closure in 2018, the museum housed vintage and modern carsas well as a number of classic motorcycles, assembled by the late Leicestershire builder and motor sport enthusiast Tom Wheatcroft.