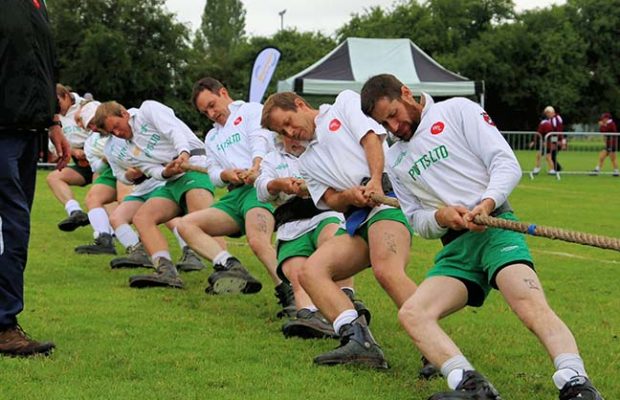 This Sunday, August 1st, Bosley Tug of War Club will be hosting their first annual tug of war competition in Bosley Village, adjacent to the Harrington Arms, commencing at 11am. This will be the first event that the club has hosted since 2019 after the cancellation of events during 2020.

Tug of War teams from around England will be taking part in the event, which will include the Tug of War Association Inter County Championships competition. There will be weight classes for mens teams, ladies teams and mixed teams.

“We are very much looking forward to hosting this event after a heavily restricted 18 months for sports and events” commented club spokesman Alan Knott.

“We have had a good attendance at events that we have hosted in the past, and hopefully we will see a good number of teams competing at our event this time around”.

“A number of teams that will be competing at the event have won national and international medals over recent years, with a few attending who will be going on to represent England at the British and Irish Championships later in August and the World Championships in Getxo in the Basque Region of Spain in September so hopefully, with some good weather, it should be a great event.”

“we competed at the national tug of war championships recently and came away with a bronze medal, so will be looking to build on that and hopefully we will have a good day of competition”

The event will start at 11am and spectators are encouraged to come along and support the teams on the day and find out a bit more about what the sport is all about. Entry for spectators will be free. Spectators are kindly asked not to park on the Harrington Arms pub car park unless they will be visiting the pub for food and drink.