Home / News / Driving’s about to get much harder

Driving’s about to get much harder 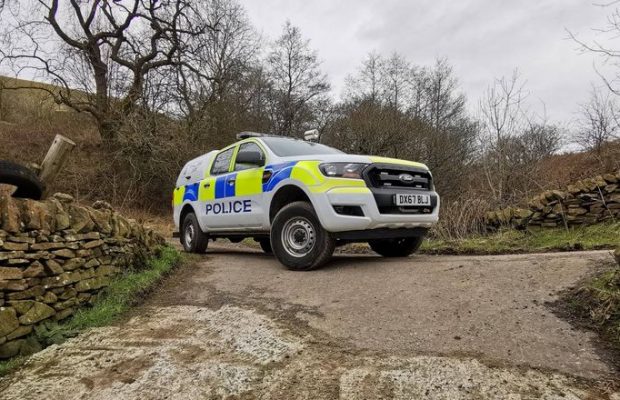 If you thought driving cars and riding motorbikes couldn’t get any harder, read on.

Changes in the Highway code, set to be approved later this year, put pedestrians at the top of the road hierarchy.

The rules, announced by Transport Secretary Grant Shapps, are due to receive parliamentary approval in the autumn.

The proposed changes mean motorists should give way to pedestrians at junctions – whereas under the current code, drivers only have to give way if the pedestrian has started to cross.

This means that when you’re approaching a junction you’ll not only have to be looking at what’s coming towards you, from the left, from the right and checking out what’s following you – you’ll also have to keep an eye on every pedestrian on both sides of the road – because they will have priority.

If they step out – you have to stop. I’m guessing that also means if they can’t decide whether to cross or not – motorists, bus drivers, truck drivers, motorcyclists and every other road user – even cyclists – will have to wait until they have decided.

Of course if the vehicle following you isn’t as attentive as you then the likelihood is you’re going to sustain some damage to your rear end – possibly even yourself.

The Department of Transport (DfT) have decided that road users who can do the greatest harm, such as those in vehicles, have the greatest responsibility to reduce the danger they may pose to others’.

It says “Rule for drivers, motorcyclists, horse riders and cyclists: At a junction you should give way to pedestrians crossing or waiting to cross a road in to which or from which you are turning.

“Horse riders and horse drawn vehicles should also give way to pedestrians on a zebra crossing, and pedestrians and cyclists on a parallel crossing.

“Pedestrians have priority when on a zebra crossing, on a parallel crossing or at light controlled crossings when they have a green signal.

“Cyclists should give way to pedestrians on shared use cycle tracks. Only pedestrians may use the pavement.

(Can I suggest someone informs the many cyclists who regularly use the pavements of Macclesfield.)

“Pedestrians may use any part of the road and use cycle tracks as well as the pavement, unless there are signs prohibiting pedestrians.”

According to the new code, cyclists are being told to ride in the centre lane to make themselves ‘clearly visible as possible’ on quiet roads or streets, but if a faster vehicle comes up behind them, to move to the left to enable them to overtake.

Some motoring groups have said the new Highway Code rules could cause confusion and avoidable accidents.

The news comes as part of a £338 million package to boost cycling and walking across the country from DfT.

The increased funding aims to encourage the public to make ‘sustainable travel choices’ to make ‘air cleaner and cities greener’.

DfT said the investment would also be used to cover infrastructure upgrades such as the construction of hundreds of miles of new cycle lanes.

Transport Secretary Grant Shapps said: “Millions of us have found over the past year how cycling and walking are great ways to stay fit, ease congestion on the roads and do your bit for the environment.

“As we build back greener from the pandemic, we’re determined to keep that trend going by making active travel easier and safer for everyone.

“This £338 million package marks the start of what promises to be a great summer of cycling and walking, enabling more people to make those sustainable travel choices that make our air cleaner and cities greener.”

Stephen Edwards, interim chief executive at Living Streets, said: “The Highway Code currently treats children walking to school and lorry drivers as if they are equally responsible for their own or other people’s safety.

“These changes will redress that balance. People walking cause the least road danger but are often left paying the price.”

“Road users who have potential to cause the greatest harm should take the greatest share of responsibility to reduce the danger they pose. Whether we choose to also drive or cycle, we are all pedestrians. These proposed revisions will benefit us all.”

Maybe it’s time for everyone to stop driving.

What do you think?