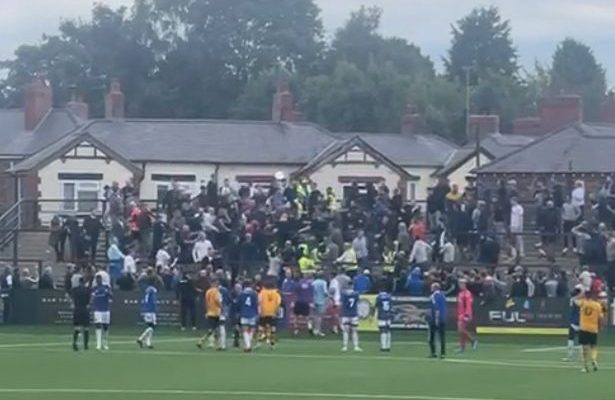 Following an investigation into disorder at Macclesfield Football Club’s fixture against Congleton Town, on Monday 30 August, seven men have been arrested.

Police enquiries led to the seven being arrested on suspicion of violent disorder.

Detective Inspector John O’Driscoll said: “The arrests today are a culmination of hard work and dedication across a number of departments who have had to gather evidence and analyse hours of CCTV and mobile phone footage to find those responsible for the disorder.

“The investigation is very much continuing and as enquiries continue further arrests will follow.

“No-one should go to a football match and be subjected to violence – we are committed in doing everything possible to prevent this from happening.”

Superintendent Peter Crowcroft said: “While the majority of football fans who attended the match were well behaved and had an enjoyable time, unfortunately there were a small number who were intent on causing harm. This will not be tolerated in our town.

“Today’s action should act as a warning to football fans looking to visit Macclesfield to cause trouble and shows that we will investigate any reports of crime made to us and take relevant action where possible.”

Share this...
Related Items
← Previous Story Another great Royal Cheshire Show!
Next Story → Have your say on the ‘Great North Way’