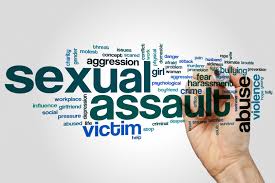 Shortly after midnight on Friday 8 October a 21-year-old woman was walking in The Edge Country Park when she engaged in conversation with a man who then sexually assaulted her.

At the time three men, also walking through the park, caused the man to run away.

A 34-year-old Wilmslow man has been arrested and is currently in custody being questioned.

Cheshire police are appealing for the three men, who were walking through the park at the time, spoke to the victim following the assault, then walked her to her car, to come forward.

Detective Inspector Duncan Gouck, of Macclesfield Local Policing Unit, said: “The investigation is in its early stages and we are progressing numerous lines of enquiry. I want to reassure the local community that we are doing everything we can to establish the full circumstances of what has happened.

“As part of those enquiries we believe three men were in the park who spoke to the victim and may have information that could assist with the investigation.

“I would encourage them to contact police as soon as possible by calling Cheshire Constabulary on 101 and quoting IML 1102571.

“The same goes to anyone else who may have information relating to the incident.”

Information can also be provided anonymously by calling Crimestoppers on 0800 555 111.