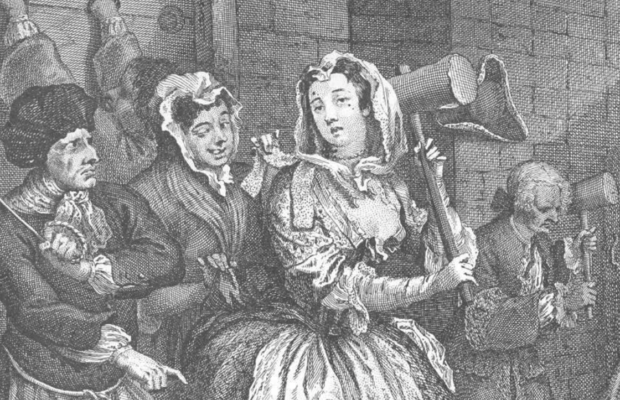 On May 5, 1818, a man attended at Macclesfield market with his wife wearing a halter around her neck; he was offering her for sale!

A deal was struck, and he sold his wife for between three and four shillings.

The Mayor of Macclesfield ordered that all parties be arrested, and the three of them were remanded to Middlewich House of Correction until the next Quarter Session.

This was the first offence of this kind to be brought to the notice of the police.