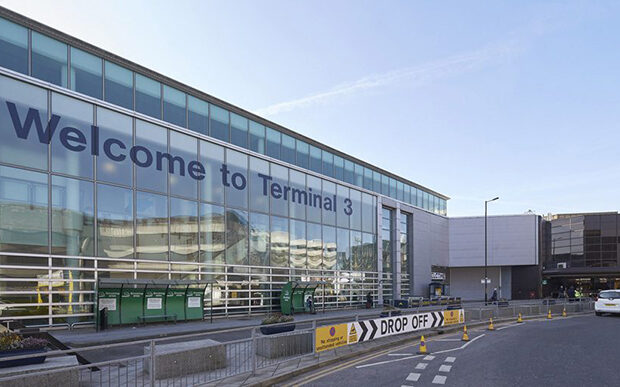 Richard called BBC Radio Manchester on Thursday to make his point about the airport.

He explained to the mayor of Greater Manchester, Andy Burnham, that press reports about Manchester airport did not always reflect the true situation on the ground, adding his recent experience of using the hub had been positive.

Richard, who is also north-west chair of ABTA, said: “I have travelled recently and we’ve had hundreds of passengers travelling recently and pictures are popping up on social media from local and regional papers in our area who are using historic photos to create fear and put people off travelling which in effect damages travel agencies, airlines and airports.”

Thanking Richard for his call, Mr Burham said that he hoped “all of our media outlets” were listening.

Richard added that he felt the councils that own Manchester airport “could chuck a few legal letters out [to the press] to stop them using fake pictures”.

He explained he had experienced no problems when flying out from Manchester to Tenerife last week.

“My airline had 28 desks open and only 18 were occupied because they were processing people that quickly,” he said.

“Security took me about 25 minutes – which was quicker than pre-pandemic. Coming back through passport control, it was like an ‘express game’. It was that quick.”

Mr Burnham agreed with Richard’s point to an extent but added: “I think the issue is at the moment, when there’s a big amount of pressure on the queues – it looks terrible. But that’s not the steady state on the airport.

“That’s the issue, [the press] are focusing on the moment when it doesn’t look great and not correctly reflecting the ongoing reality.”

He added: “I take my hat off to you for calling in today because it’s not what people would expect. I think it’s good that someone in your position rings and says that. I know that staff at the airport would appreciate you having done that.”

Share this...
Related Items
← Previous Story Drug busts in Cheshire this weekend
Next Story → Tug of War Championships will pull in the crowds