Home / News / Tug of War Championships will pull in the crowds

Tug of War Championships will pull in the crowds 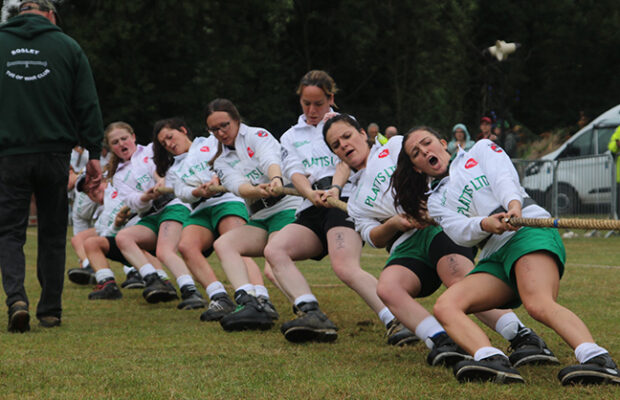 Tug of war teams from around the country will be gathering at the Cheshire Game and Angling Fair at Peover Hall this Sunday 7 August to compete in the Cheshire Open Tug of War Championships.

The Tug of War proved to be a popular attraction Cheshire Game and Angling Fair since it was re-introduced back in the event in 2015, with large crowds gathering around the tug of war arena all day to watch the teams taking part battle it out in some thrilling competition.

“we are looking forward to a great day of competition” commented Bosley spokesman Alan Knott.

“This year, visitors will get to see competitors from the Lincoln tug of war team and the Bedford Ladies tug of war team who have recently returned from representing Great Britain Tug of War the World Games in the USA where the teams came away with the gold medal in the mixed (teams of 4 men and 4 women) 580kg competition, as well as silver in the mens 640kg competition and a 4th place in ladies 540kg competition! The World Games takes place every 4 years for IOC recognised sports that are not part of the full Olympic Games programme, so winning medals at this event is a massive achievement”

“a number of the teams taking part at the event will be going on to represent England at the TWIF World Tug of War Championships in Holten, Netherlands in September, so spectators will get an opportunity to see some of the best tug of war teams in both England and in the World taking part, so we encourage everyone to come along and cheer the teams on”

Local team Bosley Tug of War Club will be competing at the event and will have mens and ladies teams taking part.

In addition to the tug of war competitions, there are lots of other attractions to see at the Cheshire Game and Angling Fair, including falconry, fun dog shows, racing pigs, gundogs, horses, vintage and steam engines, farriers, archery, clay pigeon shooting, angling, a range of other rural pursuits and pastimes, craft and trade stands, food and drink, family entertainment and much more. Entry into the show is £25 per car or £10 for single occupancy vehicles. For further information about the Cheshire Game and Angling Fair, please visit www.cheshiregameandanglingfair.co.uk

For further information about the sport of tug of war, people are encouraged to visit the Tug of War Association web site at www.tugofwar.co.uk. Or search using @englandtugofwar on Facebook, Twitter and Instagram.