Award for Macclesfield’s Just Drop In 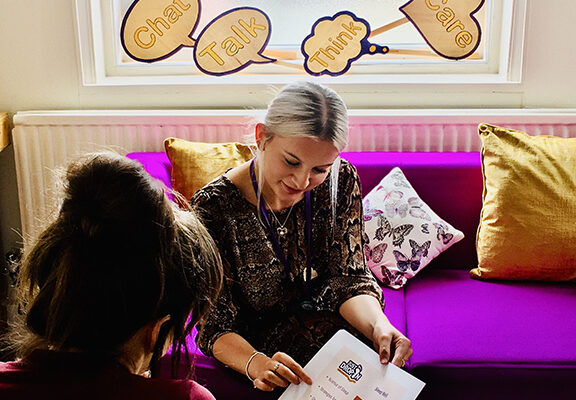 The Equilibrium Foundation has announced the latest winners of its community support scheme grants.

The scheme, which was set up in 2015 by Equilibrium Financial Planning LLP, has provided grants of up to £500 to local charities, with three winners chosen each quarter.

Whilst the scheme has until now been open to charities operating in Greater Manchester, Cheshire East and Cheshire West, Equilibrium has announced that it will open to applications from any charitable organisation in the North West of England.

Applications will now be reviewed every six months, with five winners chosen twice a year.

The three winners from the last quarter are:

Just Drop In, an organisation with a mission to support young people in Macclesfield and surrounding areas by establishing a one-stop centre to provide assistance and information relating to their needs. Run by community volunteers, Just Drop In offers a welcoming and comfortable environment for young people to access expert advice and information, a counselling service, wellbeing support and workshops for parents.

Greater Manchester-based Citywise, a charity which supports children and families in living in disadvantaged areas of Manchester through in-school mentoring, after-school clubs, holiday camps and family drop-in days. The organisation aims to help young people unlock their potential and positively contribute to their communities.

The charity utilised the donation on World Mental Health Day to make personalised wellbeing kits for young people struggling with their mental health.

The fundraising team for The Countess of Chester Hospital, The Countess Charity. All money raised by the team is used to improve patience experience and focus on areas not fully supported by NHS budgets. The community support scheme donation will go towards the charity’s ‘Blue Skies Balcony’ appeal which has been launched to build a garden balcony onto the intensive care unit, enabling patients to benefit from the outdoors in a safe and infection-controlled environment.

Commenting on the donation, Jess Roper, Manchester Programmes Manager at Citywise said: “We are thrilled to have the support of the Equilibrium community support scheme, which will go towards our Character Mentoring Programmes in schools in Rusholme and Moss Side. Children are paired with volunteer mentors, mainly university students, who work together to boost their confidence, build their resilience and grow in character strengths to help them succeed in all areas of their lives.”

Debbie Jukes, partner at Equilibrium and trustee of the Equilibrium Foundation, said: “It is always a pleasure to be able to support the amazing charities and organisations in our local area. We’re pleased to be expanding the reach of the community support scheme to charities across the whole of the North West of England in order to invite applications from a wider range of organisations doing incredible work and bettering the lives of those in our region.”

The Equilibrium Foundation has so far raised £750,000 as part of its mission to make positive impact on the community, with a goal to raise £4m by 2028.

The deadline for the next round of entries is the 5th of March 2023, and applications can be submitted via the website here.