Home / News / Have you seen this man?

Have you seen this man? 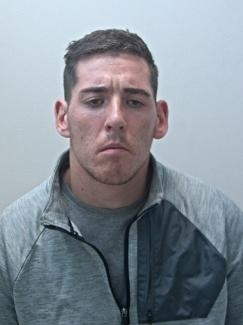 Police are looking for Thomas Curley after a woman was threatened and seriously assaulted.

The 18-year-old victim was “strangled, suffocated, tied up, burned and beaten” during the ordeal at an address in Blackpool last week.

31-year-old Curley – also known as Thomas Preece – is known to have links to Macclesfield.

“We are appealing for anyone who has seen him or knows where he might be to get in touch so that we can speak to him about what happened,” a spokesman for Lancashire Police said.

“We would also appeal directly to Curley himself to get in touch if he sees this appeal.”

Anyone with information should call 101 or email 6988@lancashire.police.uk, quoting log number 0347 of November 11.