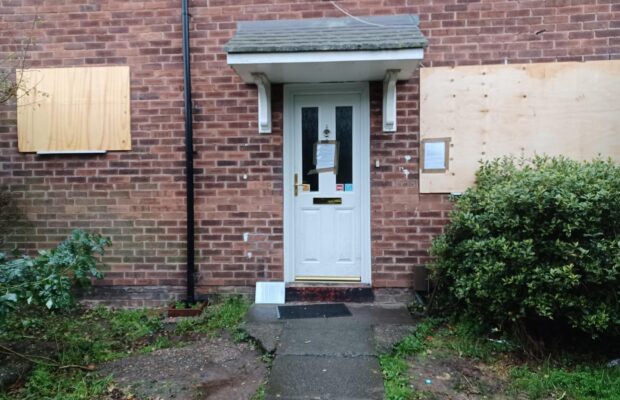 A house on Dawson Road, Macclesfield, that caused untold misery to other residents, has been closed down.

Cheshire Police had received numerous reports of ASB and drug related activity at the property.

The reports included issues with drug dealing, large numbers of people drinking heavily, disorder and a plague of rats at the property.

The occupant of the address, a 60 year-old woman, has now been ordered to leave the property and find alternative accommodation and all windows and doors will now be boarded up for a period of three months.

Anyone entering the address during that time is committing an offence and can be arrested.

“I know that the closure order will be massively welcomed by the local community who have had to live in misery due to the ASB activity in and around the property.

“The behaviour that stemmed from the property was wholly unacceptable and we will take action against anyone who is seen to be breaching the order.

“I would also like to thank residents for making us aware of the activity which undoubtedly assisted us in securing the closure.

“Our Beat Team will do everything possible to ensure that our area is a safe place to live without being disrupted by a small minority and we would urge anyone with concerns in their community to please report it to us and we will do the rest.”

Macclesfield residents are asked to complete a Residents’ Voice survey about issues in their community, you can do so by visiting the survey page.