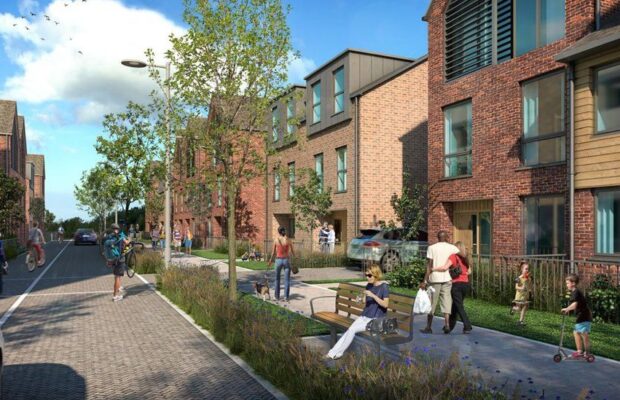 Plans for a new village made up of 1,500 homes near Handforth is set to get the green light.

Handforth Garden Village would also include a village centre with shops, leisure facilities and a school.

Planning officers at Cheshire East Council have recommended the scheme for approval ahead of a council meeting later.

The plans were submitted by Engine of the North in 2019, a property development company owned by the local authority.

Under the proposals, the homes would be built on some 121 hectares of land.

There would also be land set aside for business use a pub, restaurants, leisure facilities, a nursery, a hotel and offices.

A school for both primary and secondary education with room for 700 children is also proposed.

The site lies on open land and borders the A34 Handforth-Wilmslow bypass and the A555 Manchester Airport Relief Road.

There had been concerns over the plans from the Environment Agency over a risk of water pollution but the agency has since removed its objection.

Planning officers at the council have recommended various conditions.

They would include contributions for highways schemes including a requirement to pay £5m to Stockport Council towards improvements on the A34 and £4.7m for the Poynton Relief Road.

There would also be contributions for sports sites, including £205,000 paid to Wilmslow Leisure Centre, and money for cricket, hockey and rugby union schemes off-site.

A further £10,000 would be made to relocate the Smithy Model Aircraft Club, which is based on the application site.