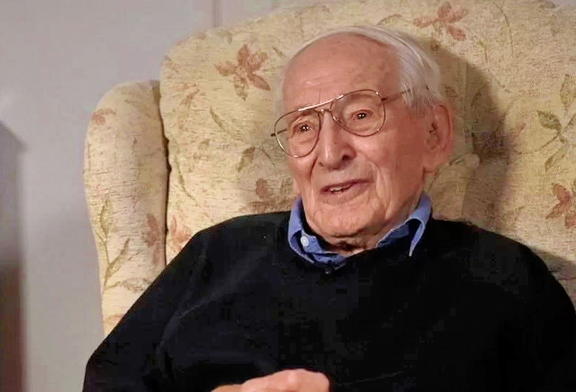 Peter Davies began helping out at Dean Valley Community Primary School in Bollington, six years ago after losing his wife of 72 years.

He said when the youngsters he reads with call out to him in the street he “feels 10 feet tall”.

“[He] has gifted his time for so many children over the last six years to instil a love of reading that we will never be able to say thank you,” she said.

“The kids are great – they are like sponges,” he said.

“I’m sure I get more out of it than the children do. It is a lovely, warm feeling [that] I belong.

“I’m not this old man who lives on his own. I’m part of the community, which is great.”

“Plus my street cred is tremendous because I’ll be going anywhere in the village and a child will shout out ‘Hello Mr Davies’ and I feel 10 feet tall.

When his wife died, he felt like a “lost soul” and decided to begin volunteering.

Mr Davies, who was the oldest recipient of an award in this year’s New Year Honours, said he thought it was “some sort of con” when he opened up the letter informing him of his BEM.

“I’m just a run-of-the-mill guy who does something which has helped me get through my week,” he said.