Move to Alderley for Redx headquarters 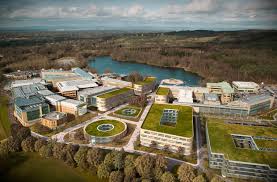 Redx Pharma is moving its headquarters from Liverpool to Alderley Park.

The move will see the company’s Oncology business join Redx Anti-Infectives and Redx Immunology – already based at Alderley Park – doubling the space it has at Alderley to 74,000 sq ft.

Redx Oncology, which develops anti-cancer drugs, is currently based within the Royal Liverpool Hospital’s Duncan Building – due to be demolished in 2017.

The move will be completed by year-end and see all 193 Redx staff operate on the same site for the first time, with all 88 Liverpool-based job roles relocating.

One of the company’s projects, developing a new antibiotic designed to tackle MRSA, is part of a commercial partnership with The Royal Liverpool and Broadgreen University Hospitals Trust.

Neil Murray, chief executive of Redx Pharma, said: “Our collaboration has the potential to create a drug that is a member of the first new class of antibiotics to emerge in a generation – critical in the global fight against antibiotic resistance.

“We will also remain active supporters of the Liverpool Life Sciences University Technical College and continue our active collaborations with the Liverpool Tissue Bank and the University of Liverpool.”

The company listed on AIM in March 2015, raising £15m and last month it sucessfully raised another £10m through a further share placing to support its development pipeline.

Redx Pharma’s lead programme Porcupine, for the treatment of pancreatic cancer, is expected to be in first-in-human clinical trials this time next year.

“The pipeline has advanced significantly in the last 12 months – far more than I thought it would have by now. That’s a testament to the team,” said Murray.

Share this...
Related Items
← Previous Story Chairman of Weston Park’s owners – steps down
Next Story → Shrigley Hall on the market