Jekyll and Hyde kicks off Buxton’s month of drama 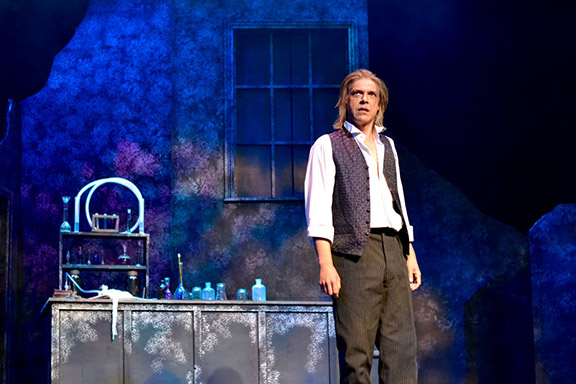 Prepare for the fright of your life in a dramatic new adaptation of Robert Louis Stevenson’s classic and atmospheric Gothic melodrama Jekyll and Hyde.

Everyone has a monster within. Dr Henry Jekyll believes that there are two distinct sides to men – one good, one evil. Intent on separating the two, he succeeds in his experiments. However, in doing so he unleashes ‘Hyde’, a monstrous and uncontrollable alter ego. The production is part of a Talking Scarlet residency at Buxton Opera House during August, which will also bring to stage a production of Death Toll (11 to 13 Aug), set in a desolate ex-hunting lodge in the Scottish Highlands.

The story is of a famous playwright and his wife as they await the arrival of his new ‘muse’ – a charming and charismatic young actor.

Other productions to take place include Wind in the Willows for children (8-10 Aug) and a murder mystery evening Mob Murder on (14 Aug) at the Pavilion Arts Centre.

Tickets for events range from £14 to £18 and discounts are available. Book for two Talking Scarlet shows (Jekyll & Hyde, Death Toll or The Wind and the Willows) and receive 15% off.

Share this...
Related Items
← Previous Story Tea with Oscar Wilde
Next Story → Adventures at the Riverbank